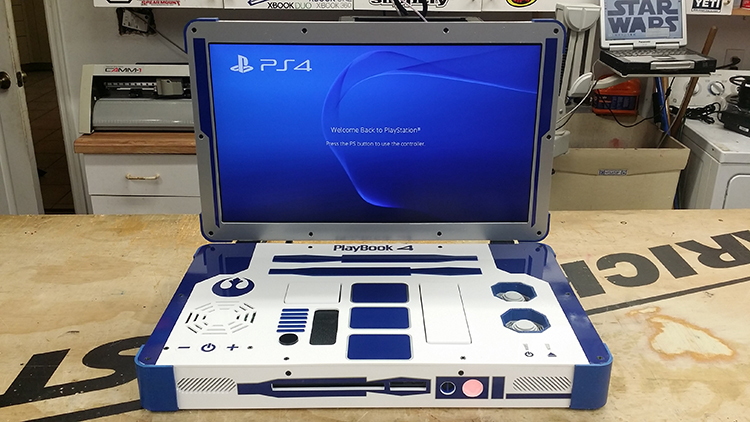 Fort Myers, Florida-based engineer Edward Zarick of EdsJunk has used his special set of skills to create a custom Star Wars themed PlayStation 4 video game console laptop that resembles the famous astromech droid R2-D2. Zarick goes into further detail on how his amazing portable PS4 laptop functions and was put together in his instructional video.

Thanks to the Astromech.net forum, I was able to get sound effects and 3D printed parts to use on this system. This system has real scaled down R2 parts installed everywhere! It even has the red/blue light on the front that changes randomly while it’s on! And with the help of a Adafruit WAVEShield, I was able to have this little guy actually talk.

We previously wrote about Edward and his PLAYBOX, a combination of the Xbox One and PlayStation 4 video game consoles into a single laptop. 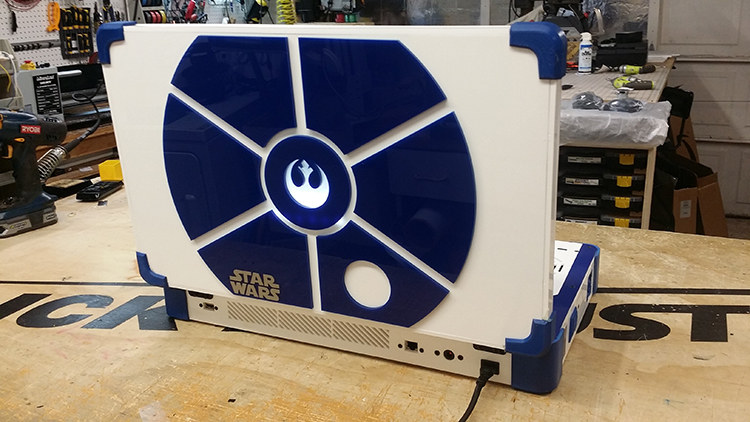 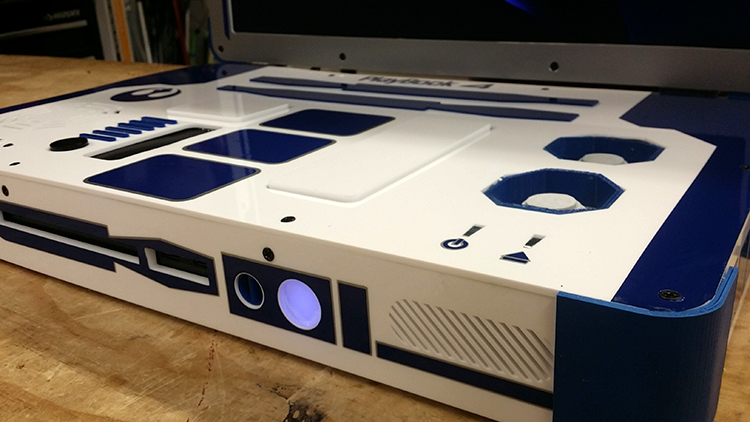 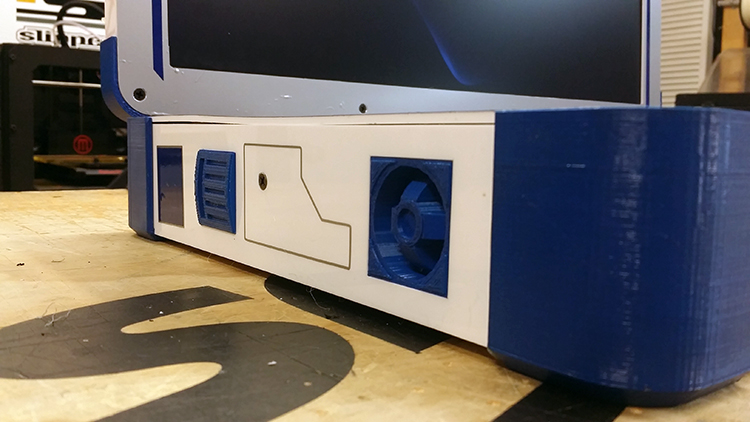 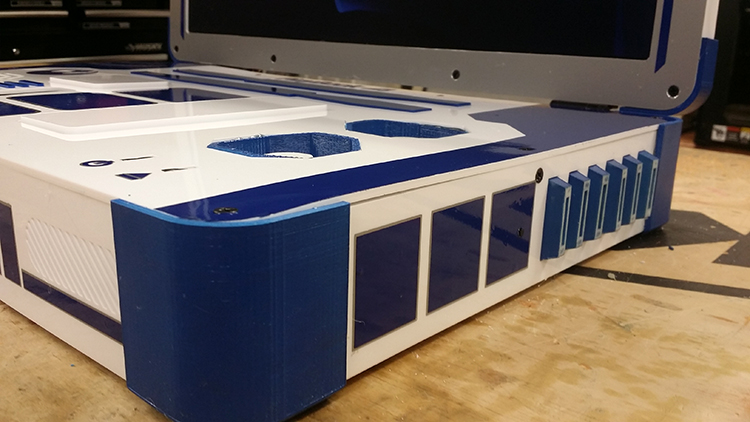