Chinese artist Cai Guo-Qiang recently launched a pyrotechnic display titled Sky Ladder that created a burning ladder reaching 500 meters into the air for his grandmother’s 100th birthday. A weather balloon held the firework-covered wire rig in the air as the display burned for a full 80 seconds.

Sky Ladder was attempted previously in 1994 and 2001, but complications prevented a successful launch. The artist discussed his work and how this successful attempt was different than his earlier tries.

Behind Sky Ladder lies a clear childhood dream of mine. Despite all life’s twists and turns, I have always been determined to realize it. My earlier proposals were either more abstract or ceremonial. Sky Ladder today is tender, and touches my heart deeply: it carries affection for my hometown, my relatives and my friends. In contrast to my other attempts, which set the ignition time at dusk, this time the ladder rose toward the morning sun, carrying hope. For me, this not only means a return but also the start of a new journey. 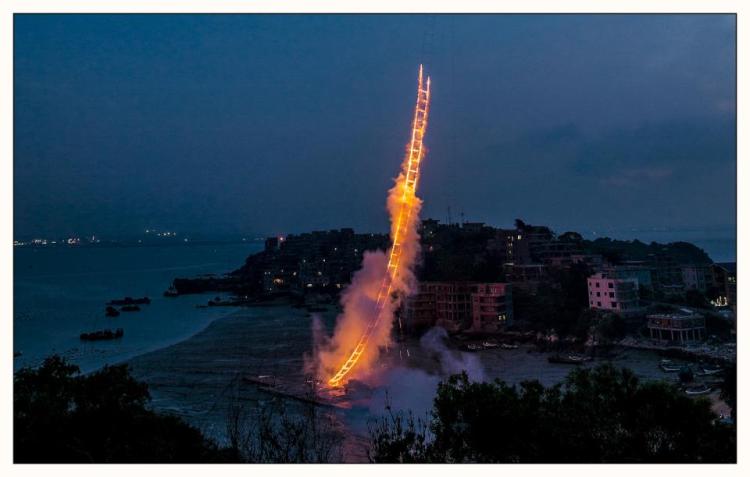 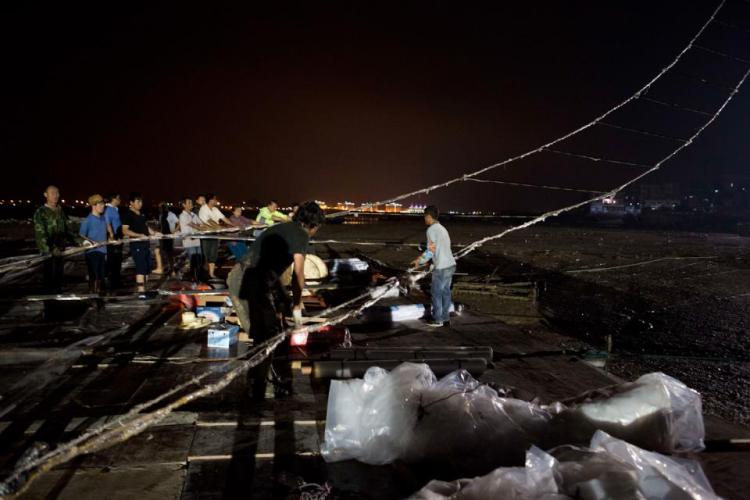 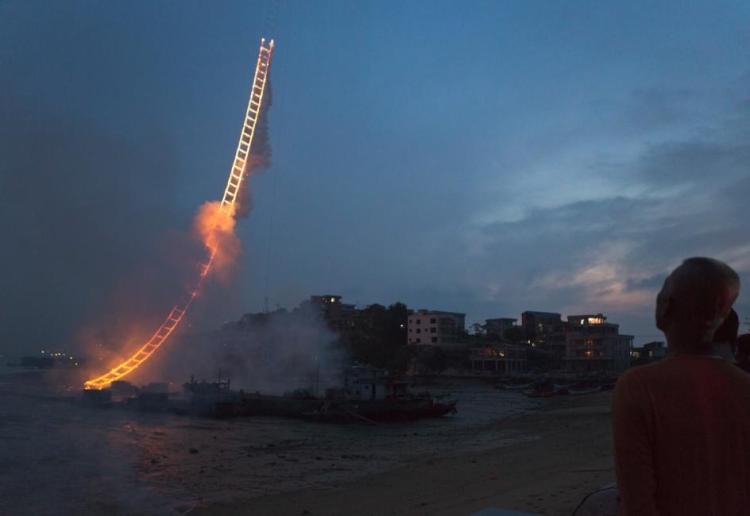