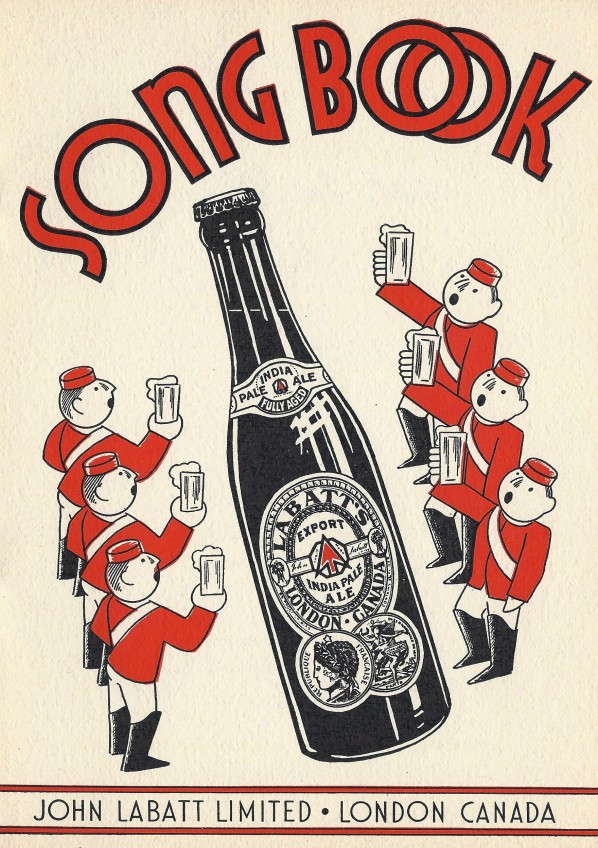 Tom Megginson of Retronuat recently found this drinking songs booklet at an Ontario antiques sale. It was published in the 1930s (estimate) for the employees of Canadian brewery John Labatt Limited and not surprisingly, it extols the fun of drinking.

…Note that many of the popular folk and drinking songs have had their lyrics modified to make in-jokes about beer, brewing, and the Labatt family. Also, cringe at the casual racism (“darkies”) of the time. An interesting peek into early 20th century morale-building HR campaigns from one of Canada’s major beer brands.