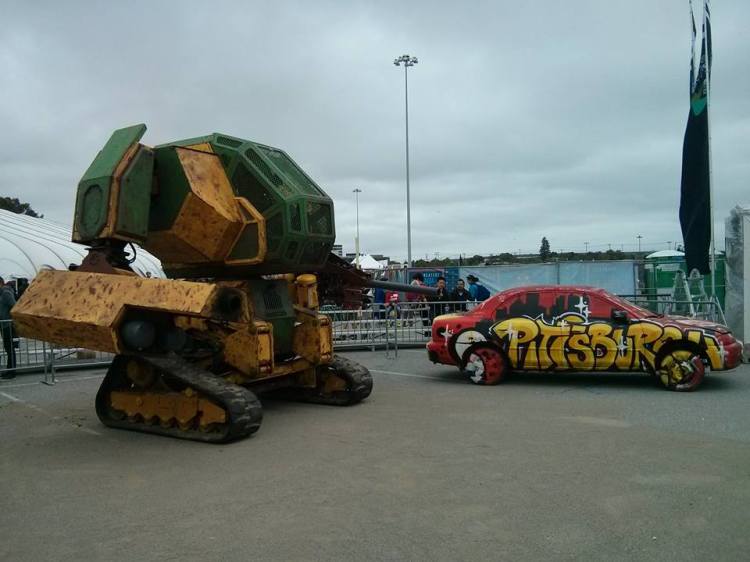 MegaBot creators Gui Cavalcanti and Matt Oehrlein debuted an early build of a 15-foot-tall version of their giant battle robot at MakerFaire Bay Area. The robot used its air-powered weapons to pulverize a car with giant paintballs to the delight of onlookers.

Cavalcanti and Oehrlein are working to create a league of battling giant MegaBots, and their next build will be a more humanoid walking robot. The demonstration was profiled in Make: magazine, and a separate video by MegaBots details their design process using Autodesk design software. 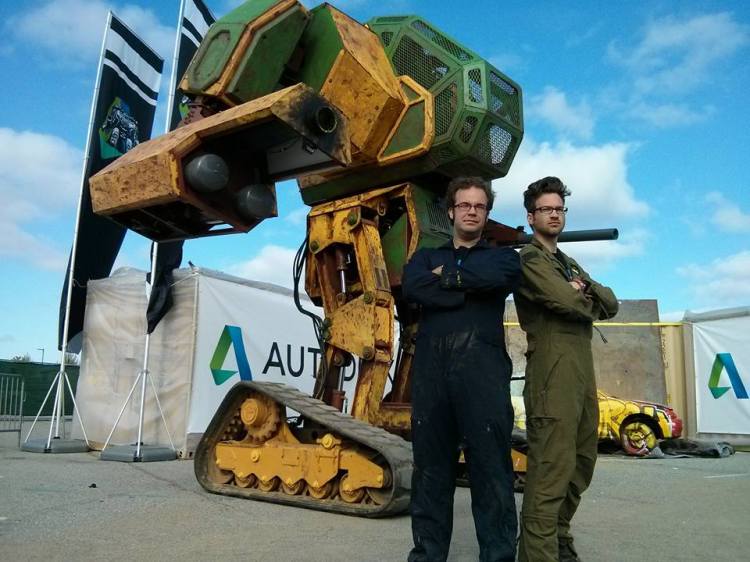