The 30th Annual Saint Stupid’s Day Parade takes place next Tuesday, April 1st in San Francisco. For three decades Bishop Joey has been leading the parade of stupidity through downtown San Francisco and this year promises to be even more stupid than ever. This year we are back to the weekday route. Meet up at noon in Justin Herman Plaza and wear something stupid. Here are my photos from last year. 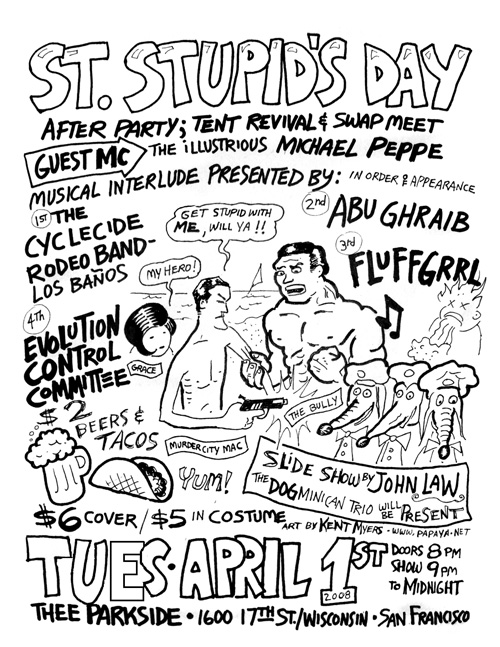 Following the parade, head over the After Saint Stupid’s Day Parade, After Party; Tent Revival and Swap Meet at Thee Parkside in San Francisco.