Artist Joe Simko and filmmaker Sean Tiedman of the [K] Studios production company have teamed up to create 30 Years of Garbage, a documentary celebrating the 30th anniversary of the gruesome and awesome Garbage Pail Kids cards produced by Topps. They are currently raising funds on Kickstarter to help with “travel expenses, crew, and camera equipment rental for creator and artist interviews.”

The Garbage Pail Kids are 30 years old! Celebrate their gross-out greatness with artist interviews, superfan collections, and more! We will interview the original creators of the surprisingly controversial and explosively popular 80’s card series. Grown-up kids will share nostalgic memories of what it was like to be a part of an international phenomena. Superfans will give us a peek at what a 30-year amassment of Garbage Pail Kids memorabilia looks like. We will proclaim Garbage Pail Kids as an art form and a solid mark of the 20th Century! See how these happily-diseased kids are still influencing pop culture today. 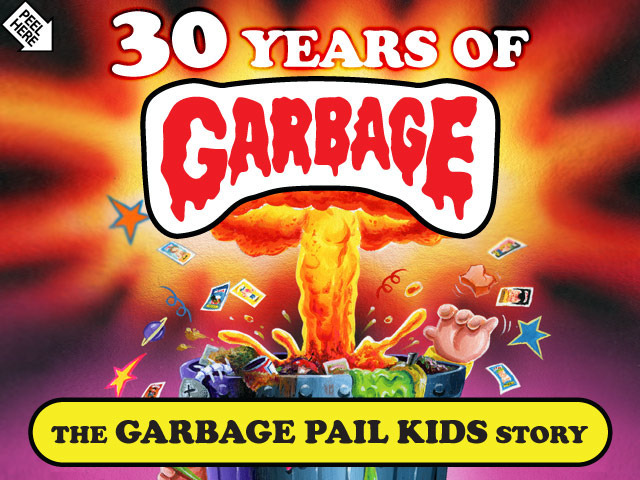 Here is a photo of current Garbage Pail Kids artists Brent Engstrom and Joe Simko on the set of 30 Years of Garbage: 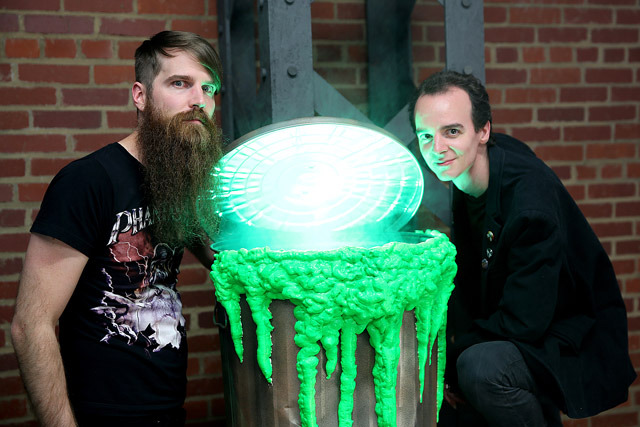 images and video via 30 Years of Garbage: The Garbage Pail Kids Story