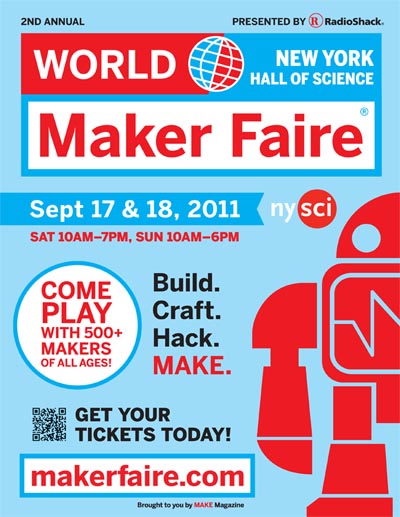 Our mission…is to unite, inspire, inform, and entertain a growing community of highly imaginative and resourceful people who undertake amazing projects in their backyards, basements, and garages. We call these people “Makers.”

Here are some highlights from World Maker Faire New York 2010 captured by our own Scott Beale: The entire photo gallery of World Maker Faire New York 2010 by Scott Beale is available on Flickr.
Additional videos can be found on the YouTube channel for Laughing Squid.

Early-bird tickets are available now at a reduced rate and the final Call for Makers to participate in this year’s festival is just a few days away on August 20, 2011.

photos and video by Scott Beale