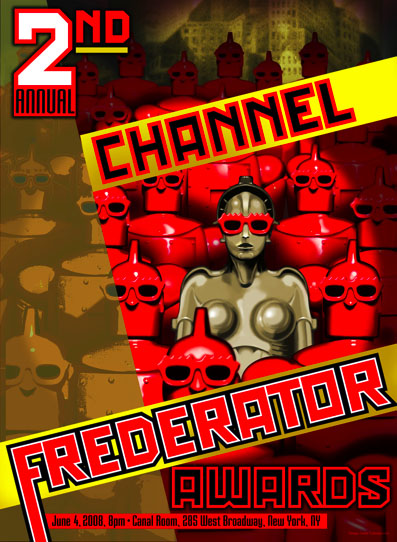 Channel Frederator, an internet cartoon network which is part of Next New Networks, recently announced the 2nd Annual Channel Frederator 2008 Awards, a celebration of the best of animated online content. Here is a list of all of the 33 nominated films, which you can vote for online.

The Channel Frederator 2008 Awards ceremony will be held on Wednesday, June 4th 2008 at The Canal Room in New York City, as part of Internet Week New York.