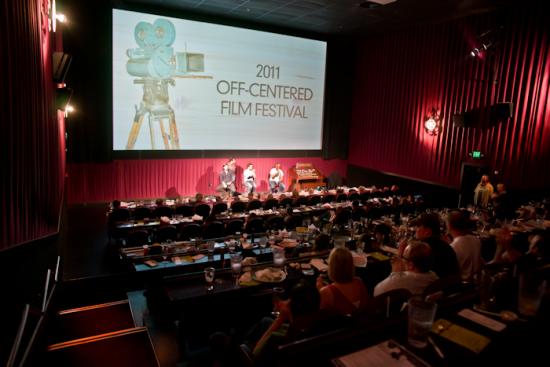 Dogfish Head Craft Brewery and Alamo Drafthouse Cinema are collaborating again this year to showcase the best 5-minutes-or-less “off-centered” films at the 2012 Off-Centered Film Fest. This year’s theme for submitted film shorts is “Western off-centered” and each entry must “somehow feature Dogfish Head beer”. Filmmakers are encouraged to submit their films now (deadline: March 5) to be part of the festival which happens April 19 through 21, 2012 in Austin, Texas.

You’ve had our off-centered ales. Now make the movie.

Every spring, Dogfish Head hooks up with the folks behind Alamo Drafthouse Cinema in Austin, Texas, to put on the Off-Centered Film Fest.

It’s simple, really. You give us five minutes (or less) of film, and we’ll give you a shot at glory. The best films will be shown at the festival, and the top three will share a big pile of booty.

Don’t have high-end gear? Film it on your phone. Can’t write good dialogue? Shoot it live and call it gritty. The OCFF is a showcase for the up-and-comers, the independent-minded, the Davids of the world facing down the mighty Goliaths.

So, what are you waiting for? Crack open a cold one, pour it into a snifter, and let it come up to cellar temperature while you storyboard. Sip. Brainstorm. Sip. Cast. Sip. Make that film. Good luck. Cheers.

For inspiration, here is the 1st place winner from the 2011 competition, Off-Centered: