At the Old Cemetery in the Dutch city of Roermond, two 19th century grave markers are connected over a high stone wall by two clasped hands. The connected monuments mark the graves of a husband and wife, one Catholic and the other Protestant, who were not allowed to be buried together because the cemetery was divided into areas based on religion. For more on the tale, see this brief mention on the genealogy research page Varik and Church Records of the 17th Century. 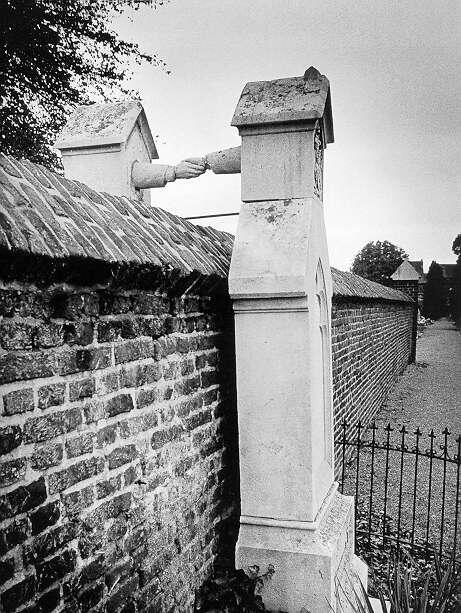