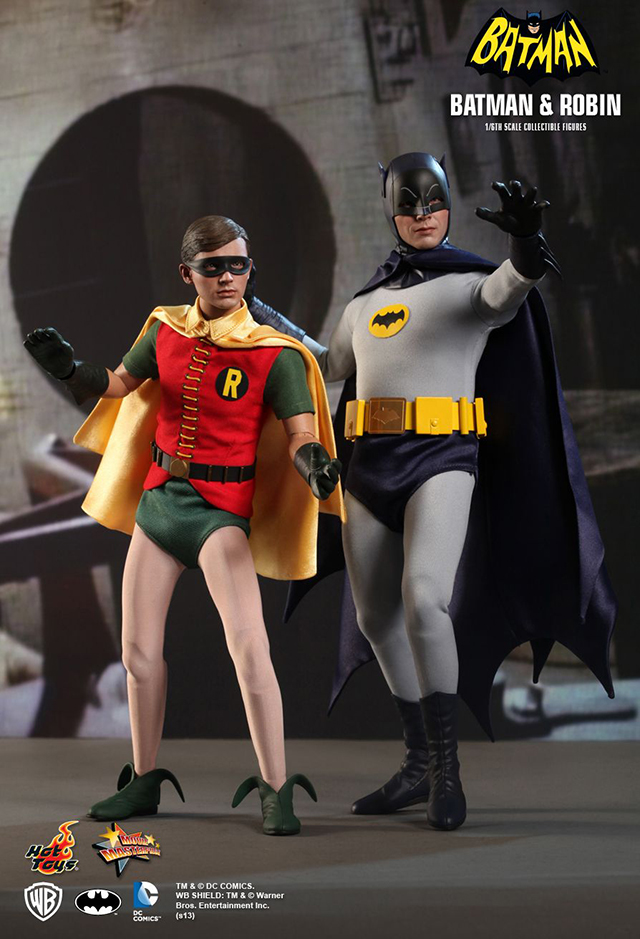 Hot Toys has revealed their upcoming series of one-sixth-scale Batman and Robin collectible figures from the 1966 feature film based on the Batman TV series. In addition to both highly-detailed figures, the series will include a model of the original Batmobile. They are all scheduled to released in late 2014.

The collectible figures are newly developed and highly detailed, which is specially crafted based on the image of Adam West as the iconic character Batman and Burt Ward as the boy wonder Robin. They feature a screen-accurate masked head sculpt, specially made costume with Batman logo, the classic Robin costume, weapons, and accessories. 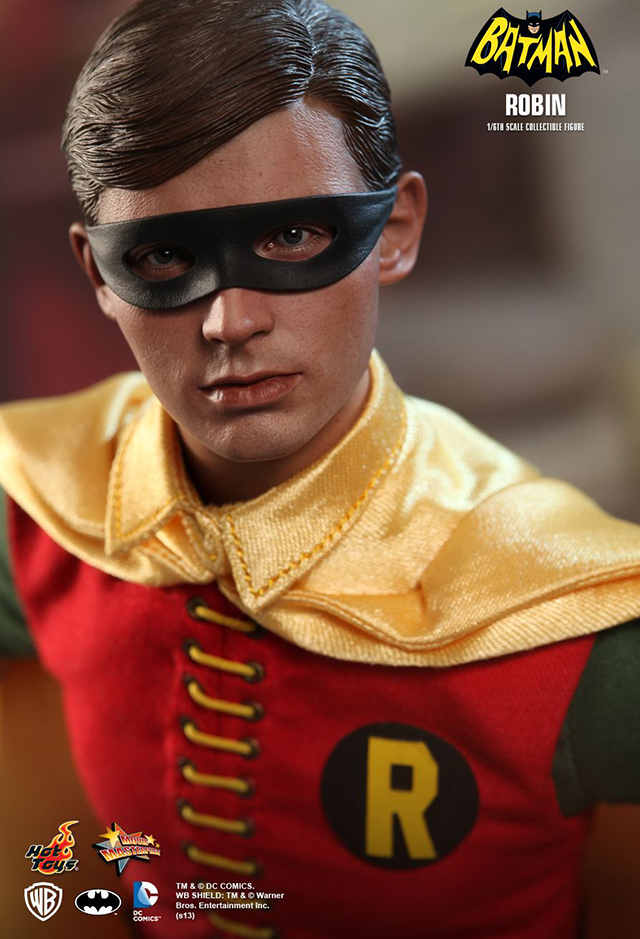 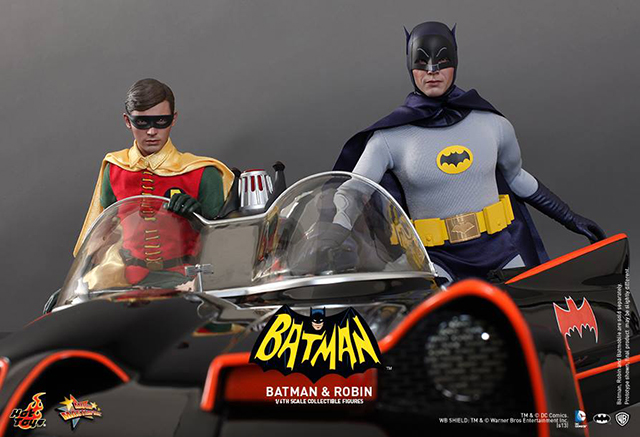 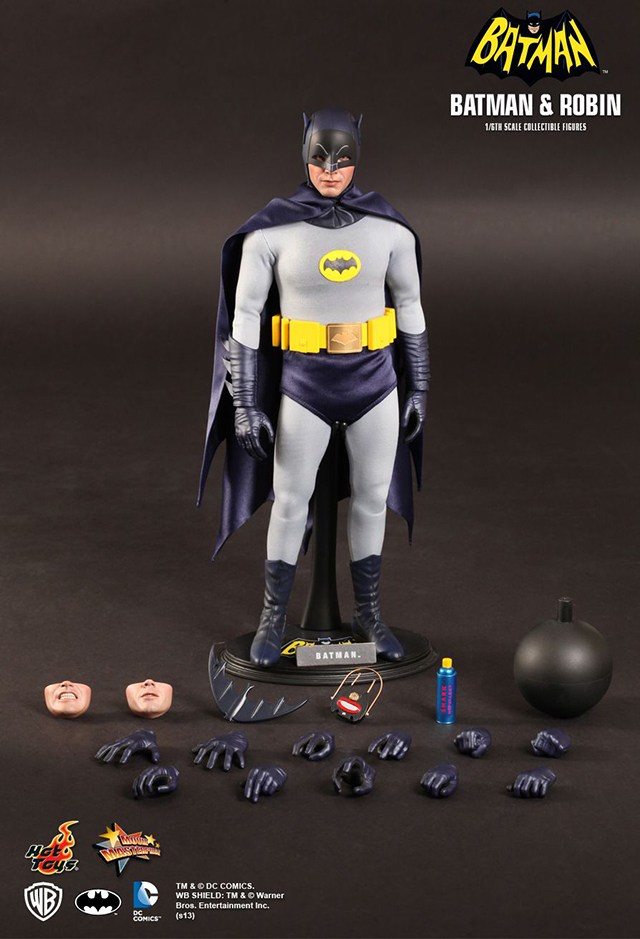 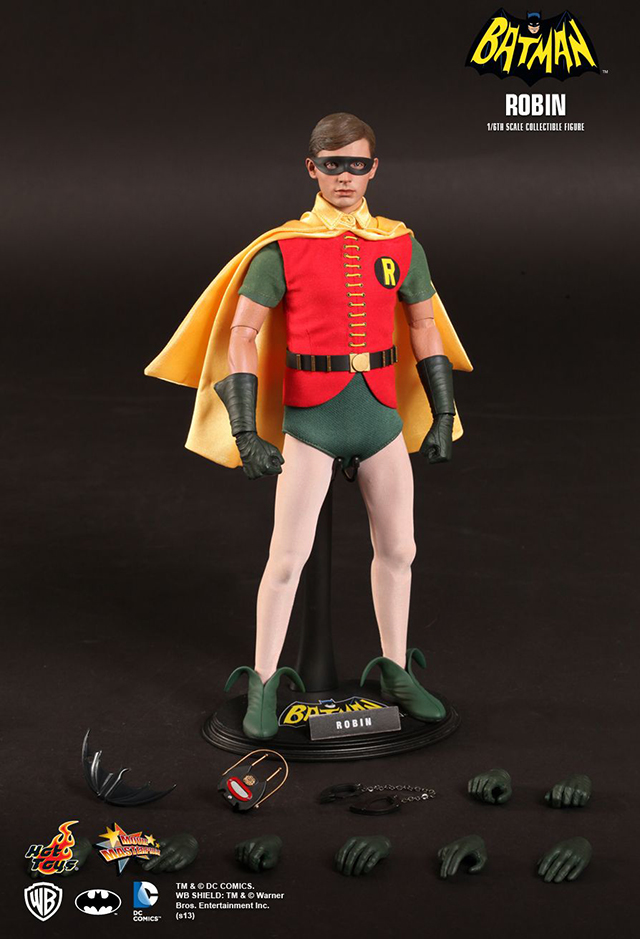