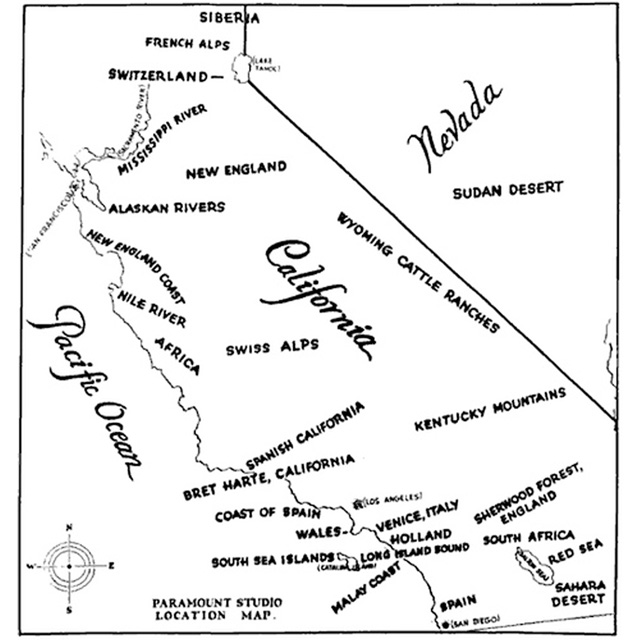 This Paramount Studio location map from 1927 shows potential shooting locations in Southern California including ones for “New England,” and the “Sherwood Forest.” It can be found in the book titled The American Film Industry by Tino Balio and is originally from a publication titled “The motion picture industry as a basis for bond financing.”