Over the weekend, a pod of approximately 1,000 common dolphins came up right next to a Captain Dave’s Dolphin and Whale Safari charter boat about two and half miles off the coast of Dana Point in California. It was quite a sight for the excited group of people on board the boat. You can learn more and view photos at The Orange Country Register.

Southern California has the greatest density of dolphins per square mile than anywhere on earth. This includes nearly 450,000 common dolphins like the ones in this video. Dana Point is one of the best places in the world to see one of these large megapods that can number in herds of up to 10,000. Porpoising is their fastest mode of travel as there is less resistance in air than water. 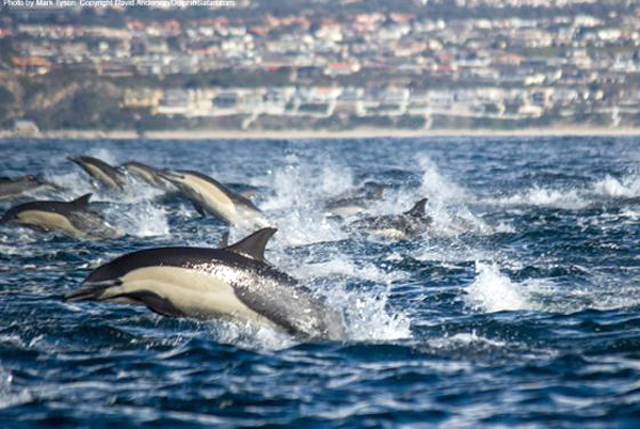