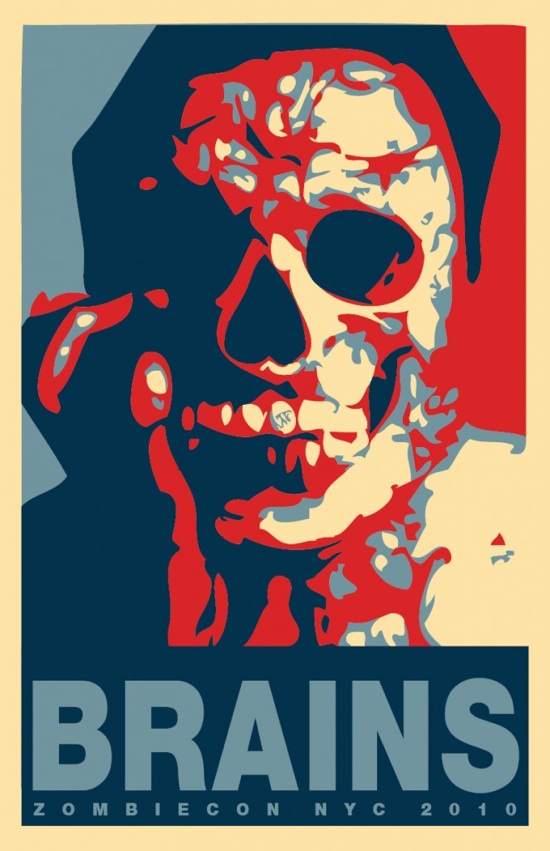 Zombiecon NYC is organizing the 6th annual Zombiecon 2010 this Saturday, October 16th from 2-7pm, followed by a Zombie Bawl at Le Poisson Rouge.

ZOMBIECON NYC is a loosely organized group of bloodthirsty zombies. We gather once a year to attack NYC in a theatrical, absurdist parody of blind consumerism and brainless politics. Each year, we choose a theme to resonate with the times and attack city landmarks accordingly, stopping frequently for brains and beers.

On OCTOBER 16, 2010, the zombies will rise again in their disgusting annual search of bloody marys, brains, and braaaands. The glorious undead of New York City will join our sixth annual ghoulish spree of shopping, bar-hopping and horrifying Manhattan street theatrics.