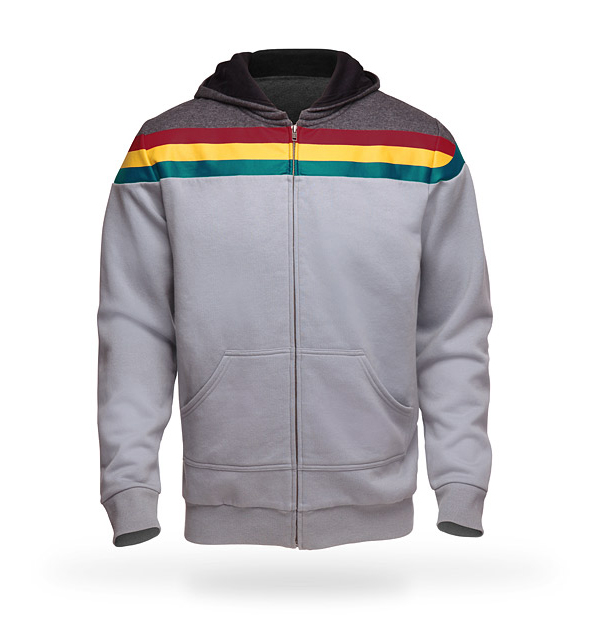 ThinkGeek has released a zip-up hoodie version of the uniform top worn by Wesley Crusher (Wil Wheaton) on the sci-fi television series Star Trek: The Next Generation. It is currently available to purchase online.

We previously wrote about their blue, yellow, and red zip-up hoodies that look like the uniform tops worn on Star Trek: The Original Series.

That’s right. Everybody’s “favorite” Boy Genius had a rather distinctive uniform that was missing from our original set, but we’ve been working to remedy that oversight. Light grey below, with dark grey on the shoulders and a black hood lining, this hoodie features the familiar three-horizontal-stripe design across the shoulders, with the green coming up and overlapping the red on the left shoulder just as in the original. Put this hoodie on and suddenly you, too, can have the solution to every problem, or at least feel like it. 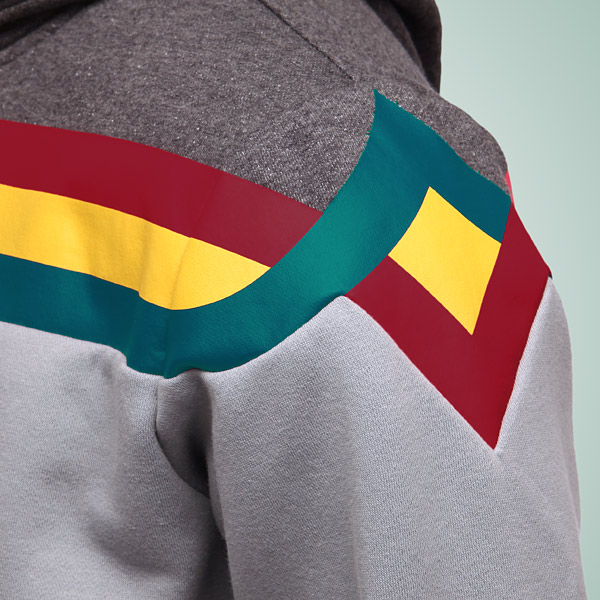 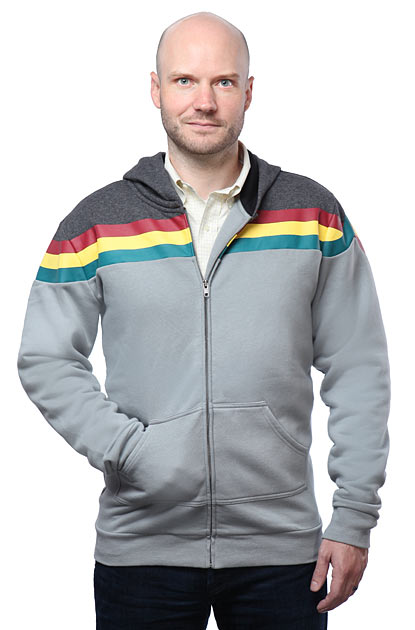 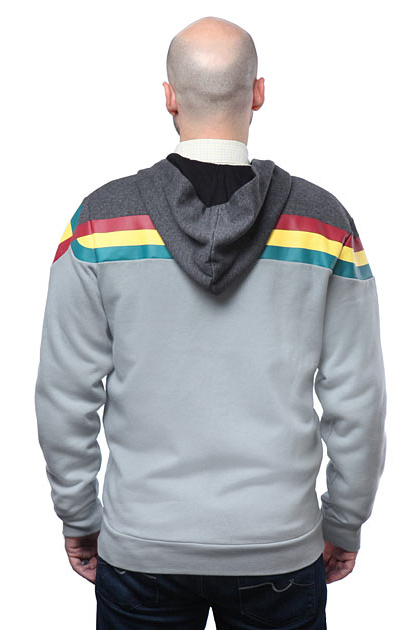