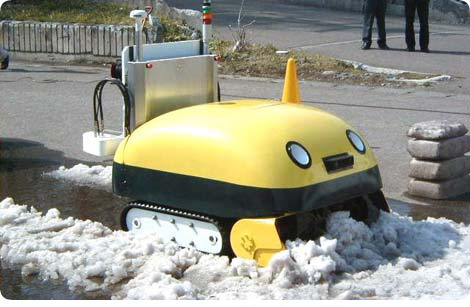 Yuki-Taro is an adorable robotic snowplow created by Japan’s Research and Development, Inc. (RDI) that uses built-in camera eyes and GPS to guide itself around streets, compacting snow drifts into transportable igloo-style bricks that are released from its hindquarters. The “friendly snowbot” was first unveiled in Japan in 2007.