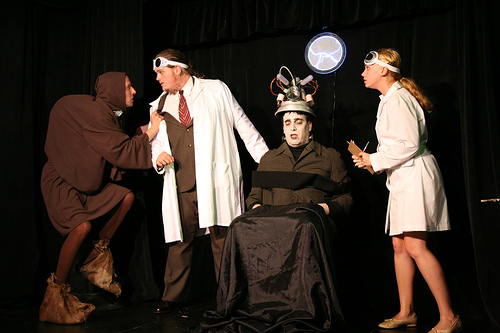 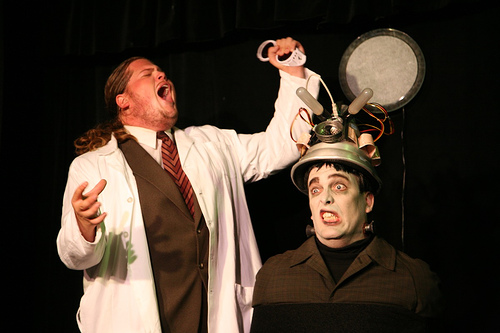 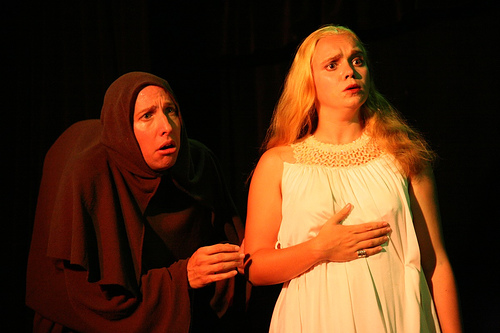 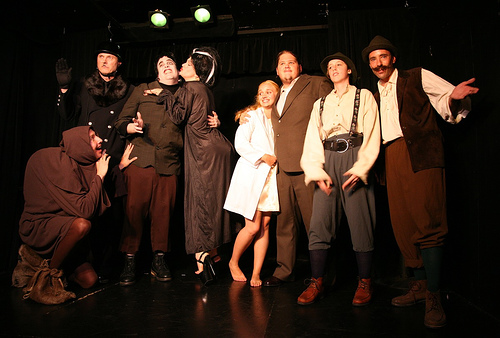 It’s a comedy about making friends! This Halloween, crack the secrets of life everlasting with the greatest mad scientist story ever created! YOUNG FRANKENSTEIN: the Play is Impossible Production’s larger than life tribute to Gene Wilder and Mel Brook’s zany and shocking masterpiece that will leave you in stitches. It’s all-live!

Promising young neurosurgeon Fredrick Frankenstein (grandson to the notorious Doctor) inherits the ominous family castle. Scoffing its infamous past, he visits the estate and Fate delivers him into the hands of Inga his beautiful new assistant, Igor the outlandish hunchback, and Frau BlÃ¼cher the enigmatic heinermacherfrauâ€”all keys to his mysterious legacy.

With the discovery of the castle’s secret lab and library, temptation proves too much and Freddy becomes obsessed with continuing his Grandfather’s workâ€”to reanimate a human cadaverâ€”and turn a grave mistake into the acme of scientific achievement!

But a corpse is a corpse, of course, of course, and the local burgomaster, history fresh in his mind, rallies the villagers into a riotous mob hell-bent on hunting down Frankenstein’s Monster. And to complicate the grey matter the Creature kidnaps Elizabeth, Freddy’s estranged fiance. It comes down to his daring genius to save his creation at the risk of his own lifeâ€”will the Monster escape? Or will he meet his maker?

I went to the preview show on Sunday and it was a wonderfully hilarious theatrical adaptation of the classic Mel Brooks film. What a great way to kick-off the Halloween season. Here are some photos that I shot of the performance.

Photos from Young Frankenstein: the Play