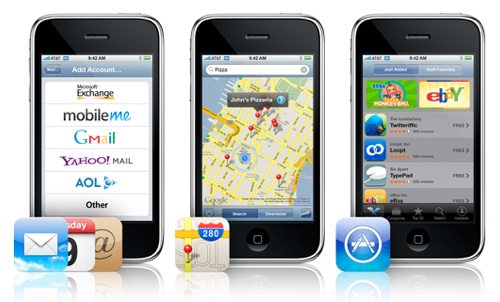 Steve Jobs made several announcements this morning at the Apple WWDC 2008 keynote, here are a few of the highlights:

– MobileMe (me.com), a replacement for .Mac. that syncs multiple devices

– the release of iPhone Apps built using the iPhone SDK