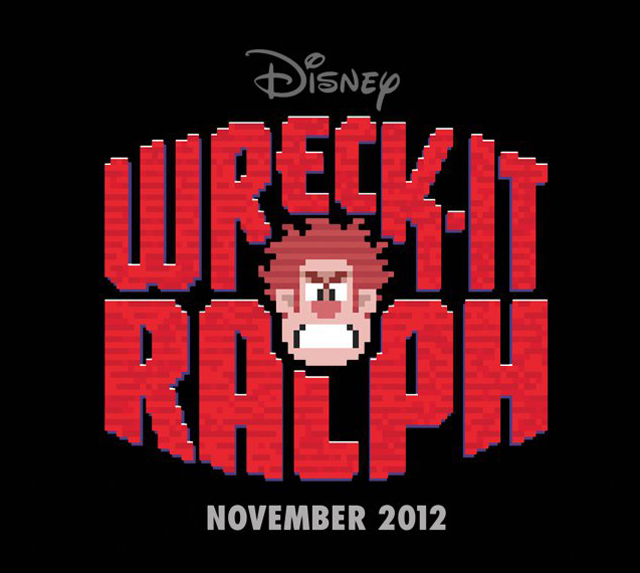 Wreck-It Ralph is a feature animation by Walt Disney Animation Studios that is about an 8-bit character that no longer loves his job playing a bad guy inside an arcade video game. It features the voice talents of John C. Reilly, Sarah Silverman, Jack McBrayer and Jane Lynch. The trailer has been released and it opens in movie theaters on November 2, 2012.

Wreck-It Ralph (voice of Reilly) longs to be as beloved as his game’s perfect Good Guy, Fix-It Felix (voice of McBrayer). Problem is, nobody loves a Bad Guy. But they do love heroes… so when a modern, first-person shooter game arrives featuring tough-as-nails Sergeant Calhoun (voice of Lynch), Ralph sees it as his ticket to heroism and happiness. He sneaks into the game with a simple plan—win a medal—but soon wrecks everything, and accidently unleashes a deadly enemy that threatens every game in the arcade. Ralph’s only hope? Vanellope von Schweetz (voice of Silverman), a young troublemaking “glitch” from a candy-coated cart racing game who might just be the one to teach Ralph what it means to be a Good Guy. But will he realize he is good enough to become a hero before it’s “Game Over” for the entire arcade? 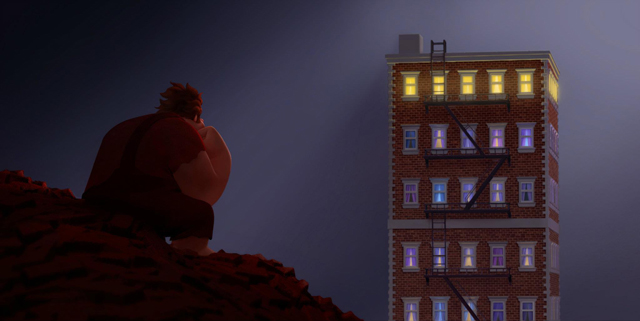 Ralph looks upon the apartment building of the Nicelanders. After 30 years of wrecking it, he’s starting to wonder if there is something better out there.