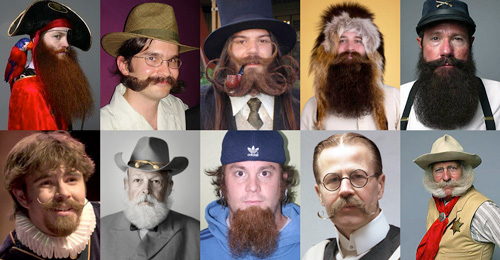 The World Beard & Moustache Championships 2007 will be hosted by The Handlebar Club and take place September 1st at The Brighton Centre in Brighton, England.

The World Beard and Moustache Championships is a biennial event participated by beard and moustache wearers from all over the world. A different country will host the event as decided by The World Beard & Moustache Association (WBMA).

To promote good relationships between members of moustache and beard clubs throughout the world and to foster networks in the interests of friendship, conviviality and fun.

To encourage and celebrate standards of excellence in the growth, design and presentation of facial hair.

To raise the profile of beard and moustache clubs in order to attract new members and to bring to the general public a topic of interest and fun (put a smile on peopleâ€™s faces).

To cover the costs of hosting the championships and to raise money for selected charity organizations, such as The Rockinghorse Appeal and TacheBack. Go Beard Team USA! Unfortunately local favorite Steven Raspa is at Burning Man and will not be able to compete this year, however my friend and fellow photographer Eric H. Brown from Jersey City, NJ is on Beard Team USA and he is a strong contender for this year’s sideburns world champion.

For championship updates, check out the Beard Team USA blog. 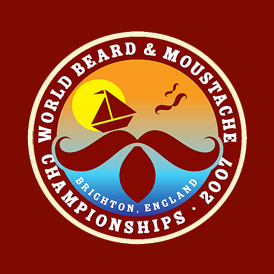