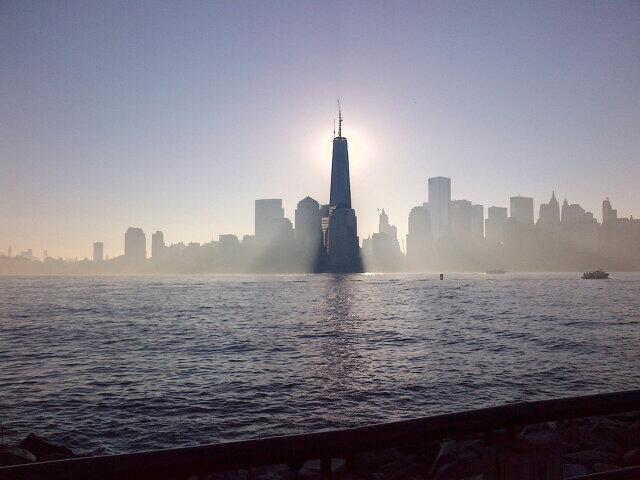 Today, workers installed the spire atop One World Trade Center, bringing the building to its full symbolic height of 1,776 feet. Provided the 408-foot addition is considered a spire rather than an antennae, this makes One World Trade Center the tallest building in the United States and the third-tallest in the world according to New York Daily News. The tower is currently scheduled to open for business in 2014. TODAY’s Matt Lauer covered the momentous construction event and shared the view from the top of the skyscraper in the following videos. 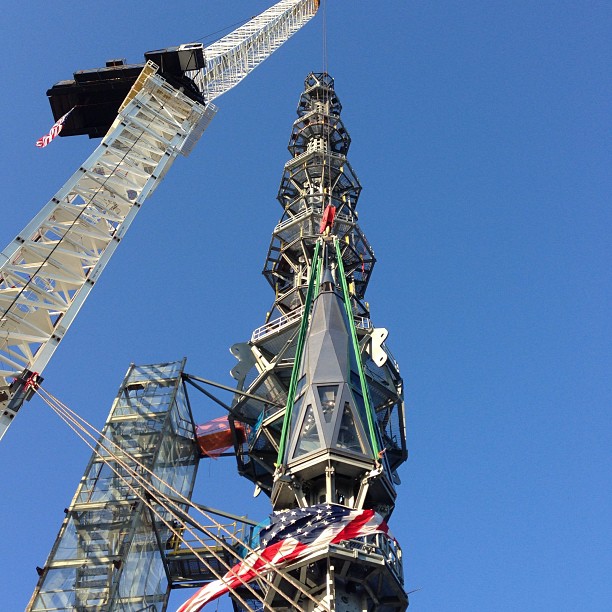