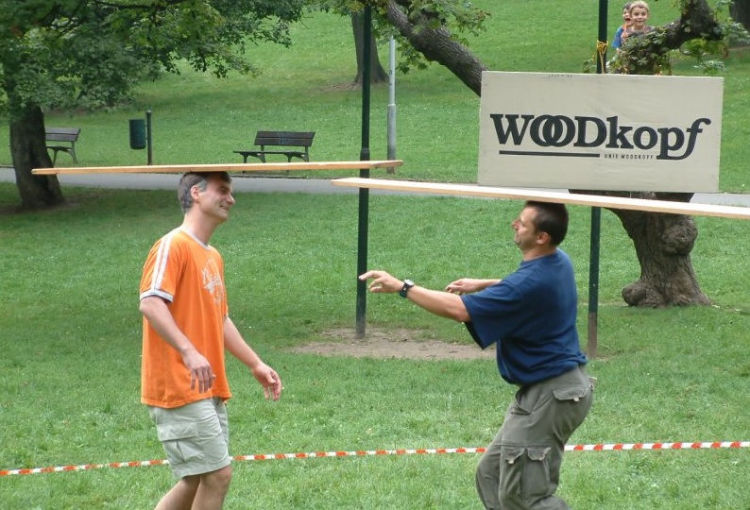 Woodkopf (“wood head”) is a whimsical Czech sport in which two competitors, balancing wooden boards on their heads, try to knock their opponent’s board to the ground. Only board-to-board contact is permitted, so competitors engage in an awkward slow-motion joust in an attempt to get an advantage on their opponent. Woodkopf is designed for all ages and abilities — players need only be able to balance the 6.5-foot-long board on their head. According to Oddity Central, the game was created relatively recently, in 1992, at a cultural festival in Prague. 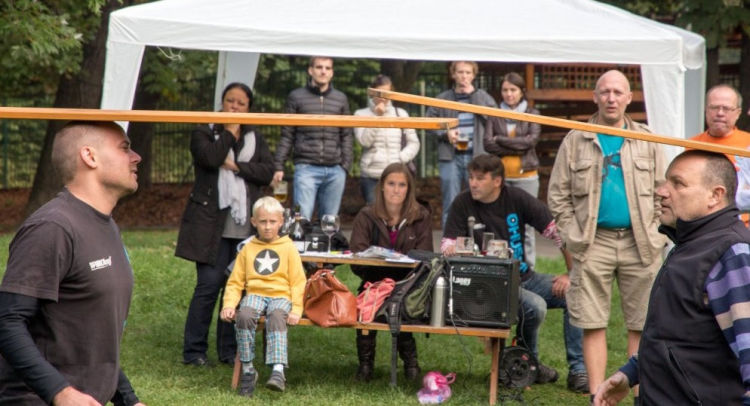