Wolfenstein: The Old Blood is a new standalone prequel video game by developer MachineGames that explores the events prior to 2014’s Wolfenstein: The New Order. Protagonist B.J. Blazkowicz is back and ready to bust some Nazi skulls in the first-person shooter prequel on May 5, 2015 on PlayStation 4, Xbox One, and PC.

Part one of Wolfenstein: The Old Blood – Rudi Jäger and the Den of Wolves — pits BJ Blazkowicz against a maniacal prison warden as he breaks into Castle Wolfenstein in an attempt to steal the coordinates to General Deathshead’s compound. In part two – The Dark Secrets of Helga Von Schabbs – our hero’s search for the coordinates leads him to the city of Wulfburg where an obsessed Nazi archaeologist is exhuming mysterious artifacts that threaten to unleash a dark and ancient power. 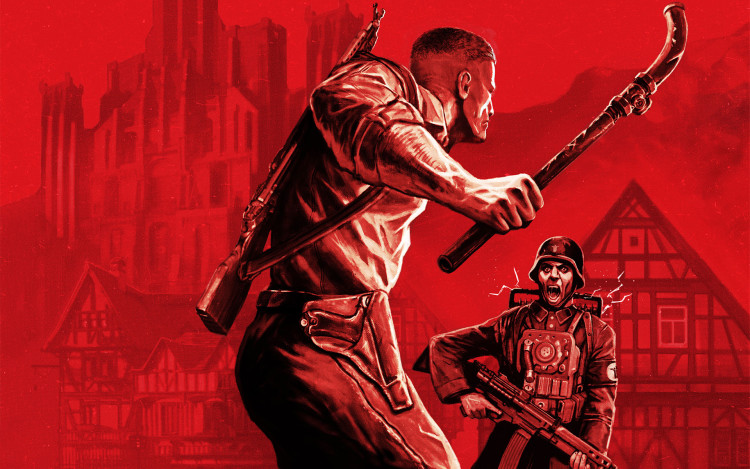 image via Wolfenstein: The Old Blood