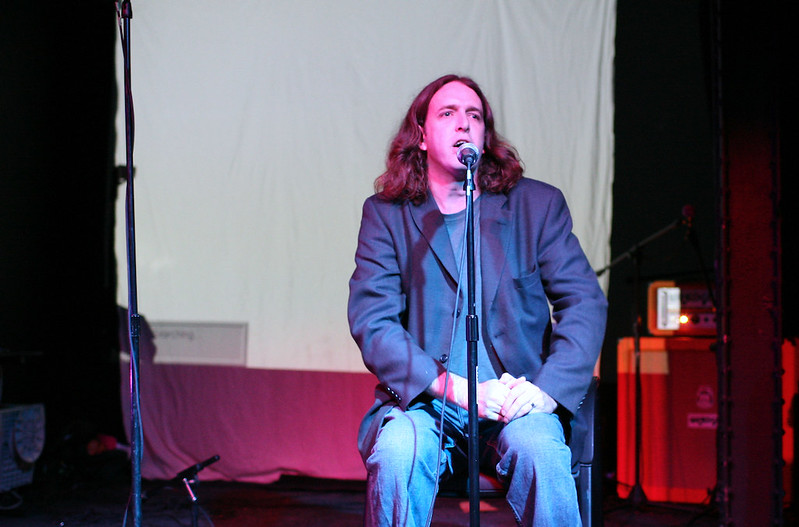 Absurdist Will Franken will be performing his new solo show “Grandpa It’s Not Fitting” this Wednesday, April 11th as part of the The Marsh Rising Series at The Marsh in San Francisco. I saw Will do a preview of the show at last month’s 10 Zen Monkeys EFF Fundraiser and it was extremely funny. The man just keeps getting more hilarious each time I see him perform.

Will Franken’s latest solo show, Grandpa It’s Not Fitting will take audiences on a strange and satirical trip to Westminster Abbey for the Final Broadcast of the Christian Faith, to a prison cell for a heart-to-heart talk with everybody’s favorite political prisoner, Too-koo Moo-moo, and for a ride on a doomed aircraft piloted by 9-year-old Captain Griffin. There will be some political chants from the Common Book of Chants, and everybody will get all nice and screwed-up and cheated out of their life savings by the Lord of Scientology. And, if everybody’s really good, Will just might attempt to play the piano with his bare hands! Grandpa, It’s Not Fitting might not fit the mainstream, but it just might fit you!