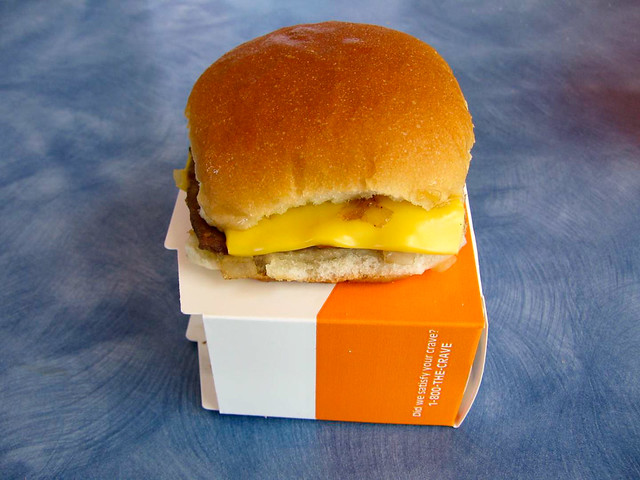 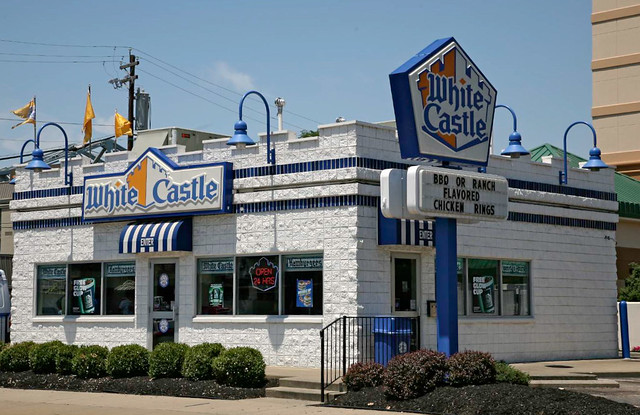 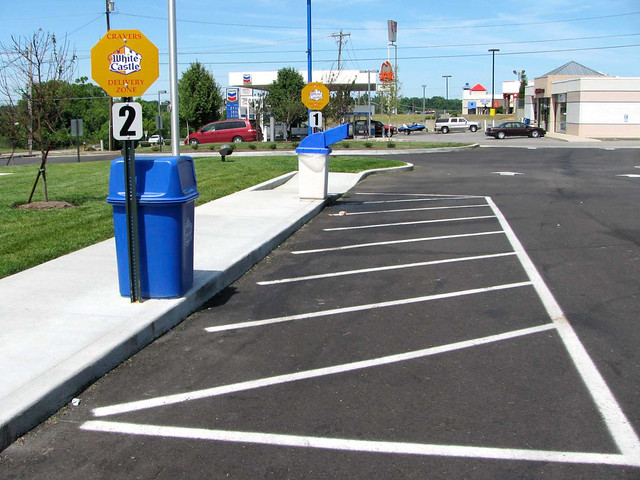 In the North there’s White Castle which was founded in 1921 and is the oldest hamburger fast food restaurant chain in the US. They serve tiny square hamburgers known as “sliders”. See the White Castle Wikipedia article for more info. 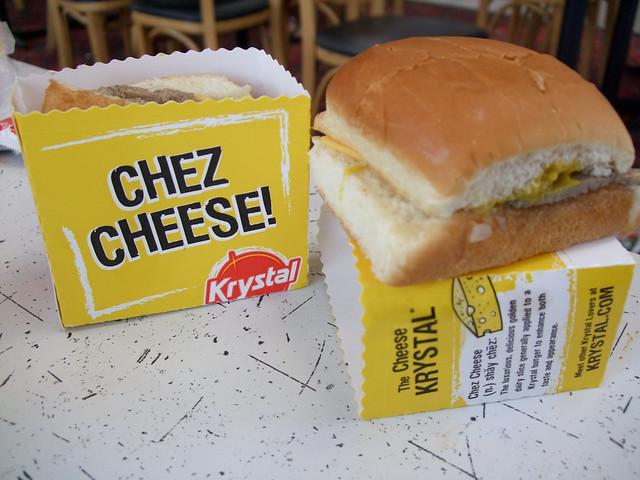 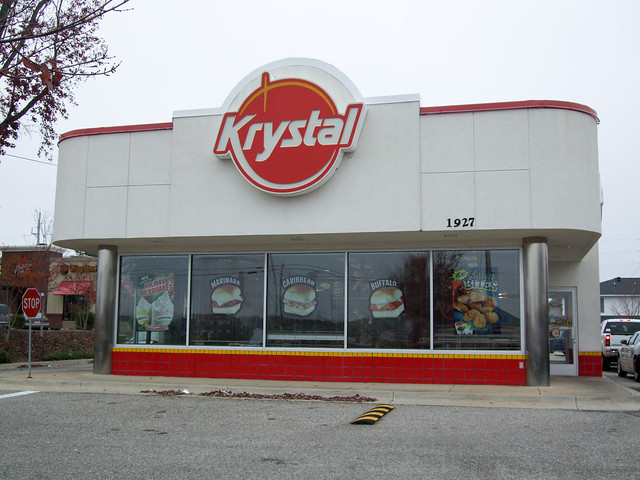 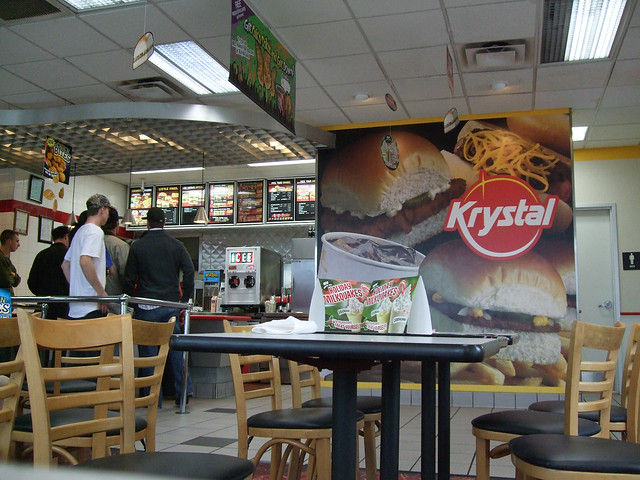 In the South there’s Krystal, which was founded in 1932 and is the fourth oldest hamburger fast food restaurant chain in the US (the oldest in the South). They also serve tiny square hamburgers. See the Krystal Wikipedia article for more info. 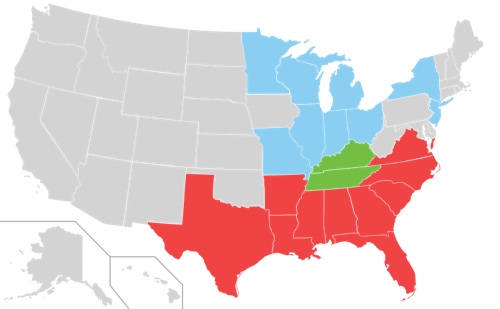 Here’s a map from Wikipedia showing White Castle vs. Krystal locations in the US. The blue states have White Castles, the red states have Krystals and the green states have both. One thing is certain, the West Coast is missing out on all of the tiny square hamburger action.