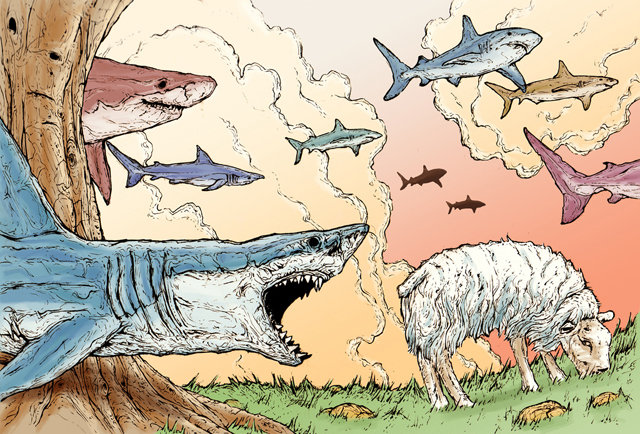 Seattle-based video game designer and artist Derek Chatwood (aka “PopRelics“) has created When Sharks Fly, an imaginative series of illustrations and stories about a world with flying sharks. Prints are available to purchase online.

Here is the first half of Derek’s story for his piece titled, “When Sharks Fly“:

Jakeem remembered what it was like before the sharks. He could play in the park, and go swimming. Now the only sky he saw, was through steel reinforced wire and glass. He asked his Dad why it happened, but doesn’t think he really knows. His Dad said it just happened, somehow. We did something wrong, broke the oceans somehow, and sharks just started flying. All of them… (read more) 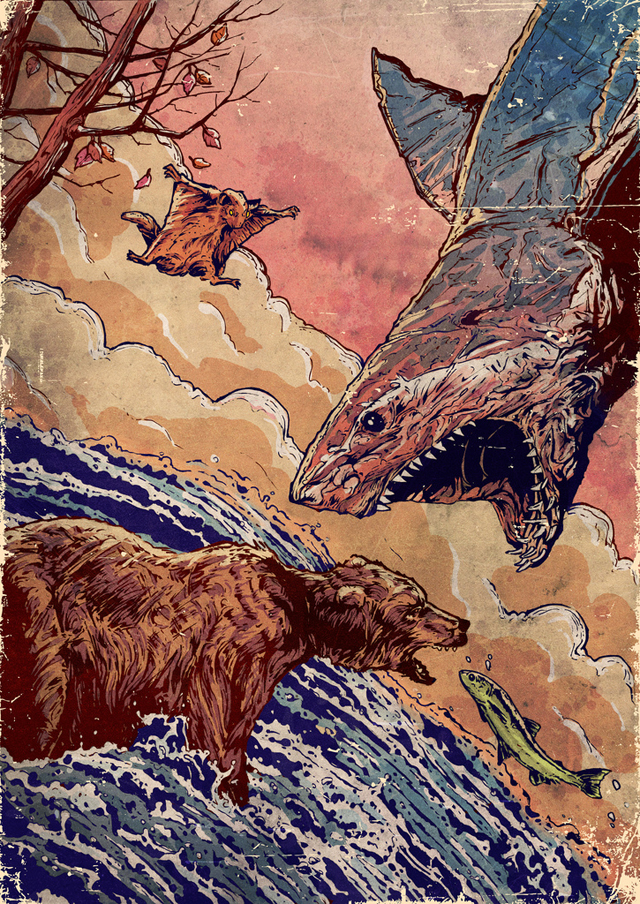 “The Thing With The Squirrels” 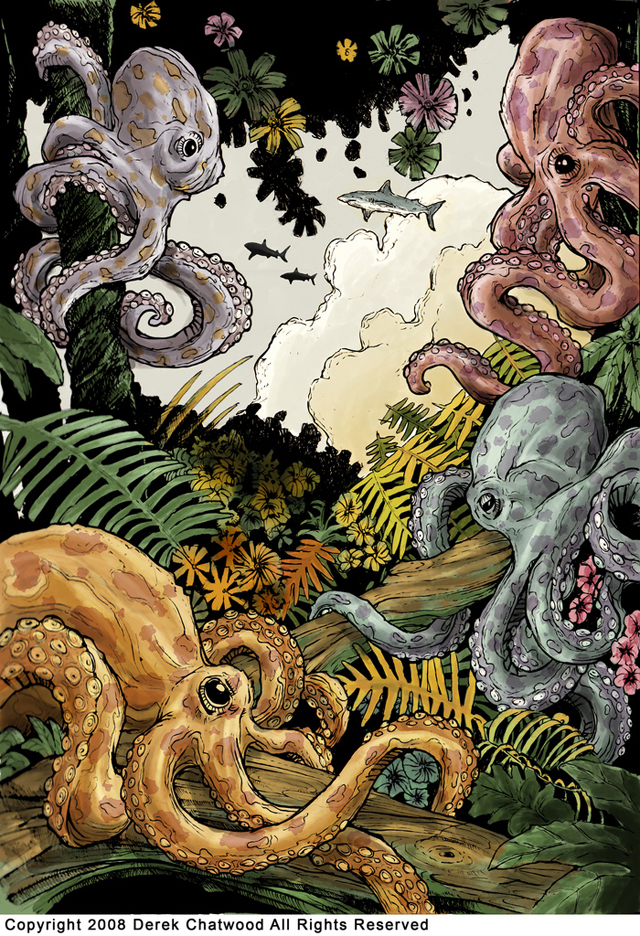 “That Thing With The Octopi” 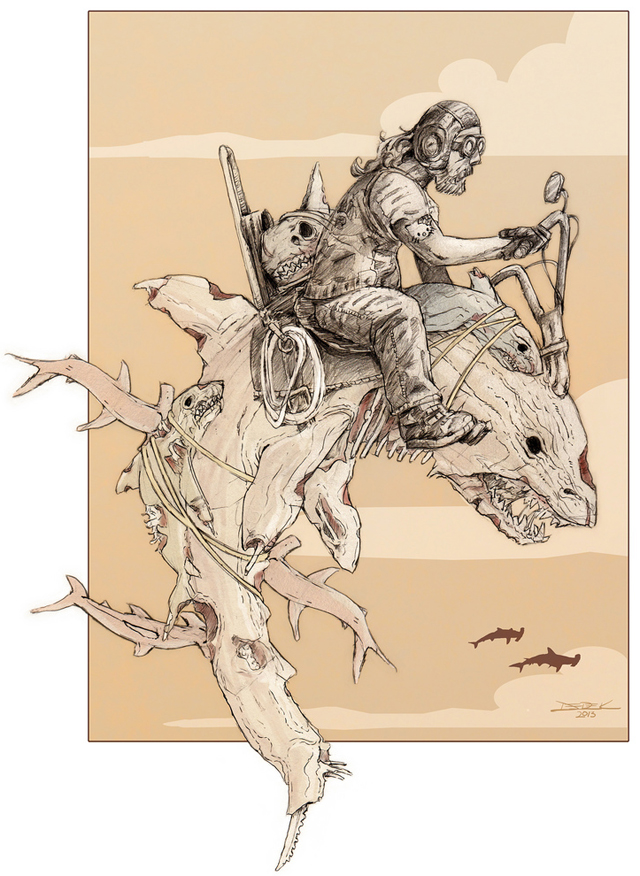