Castello Cavalcanti is a new eight-minute short film by Wes Anderson that stars one of his regular actors, Jason Schwartzman. Wes created the short in collaboration with Prada. It takes place in 1955 in Italy and follows Jed Cavalcanti, a race car driver played by Schwartzman who gets into a wreck during the Motle Miglia rally. Jad runs into a few surprises as he collects himself in the small town he’s stranded in.

‘Castello Cavalcanti’ is cinematographed by the celebrated Darius Khondji, whose camera darts around the set like a curious telescope. Bright, acid colours of fifties Formica and neon signage glow. A glance of a pretty waitress. The generosity of strangers. It’s home as it used to be. The world premiere of the short film took place at the Rome Film Festival on November 13th, 2013 as part of the “Special Events Out of Competition” section. 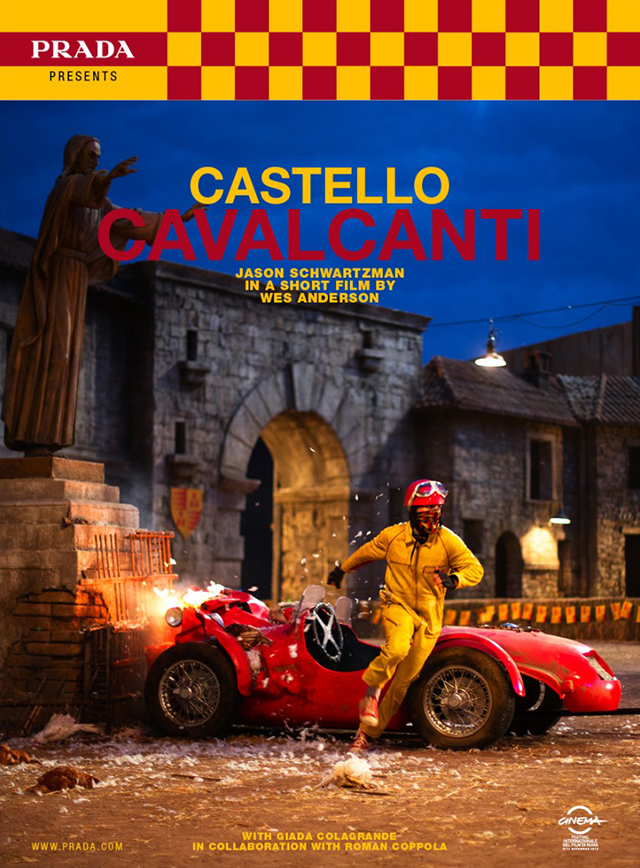 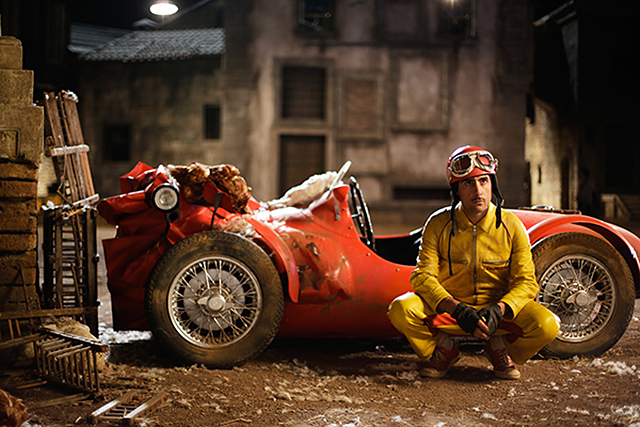 video and images via Prada

via The Film Stage, /Film