“We Were Not Made For This World” is a existential sci-fi short film directed by Los Angeles-based filmmaker Colin West McDonald, based on a comic of the same name by cartoonist Paul Hornschemeier that features a rapidly declining robot wandering aimlessly through the desert.

His coworkers at the assembly had clicked and hissed at him when he had said he would leave. “But what else is there?” he questioned. “Assembled day after day to only rust, degrade and eventually be melted. Is that all there is?” He found it impossible to accept, and they found him impossible to accept. So he left. 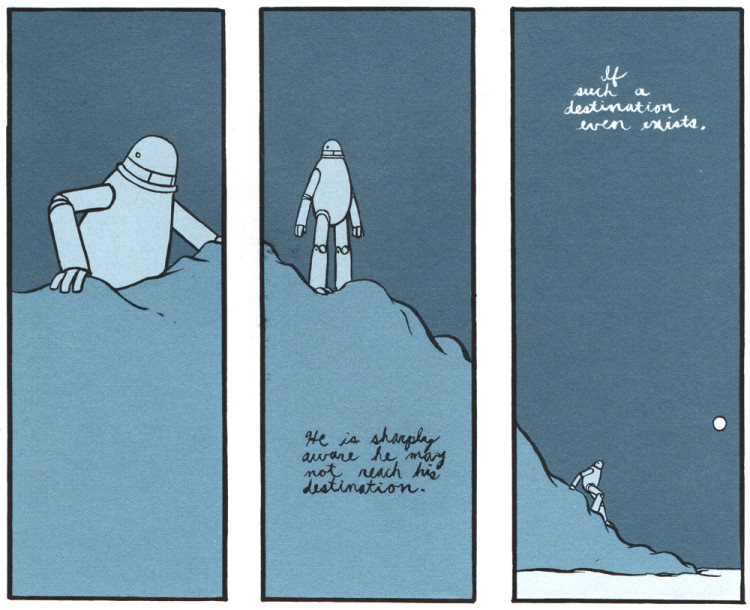