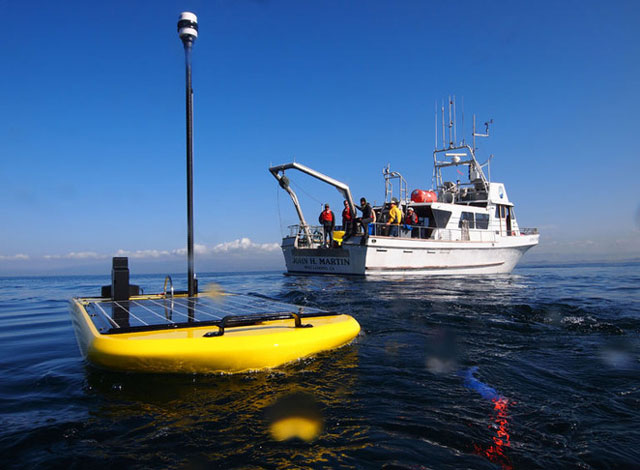 Wave Glider by California-based Liquid Robotics is an unmanned marine research robot that is powered by wave and solar energy (video). The robot is made up of two parts, a float and a tethered underwater glider—as waves move the float up and down, the vertical motion is converted to forward thrust by ingenious fins on the glider. The float houses solar panels which power onboard sensors for marine research or even intelligence gathering. The Wave Glider can travel at up to two knots and can operate for about a year without human assistance.