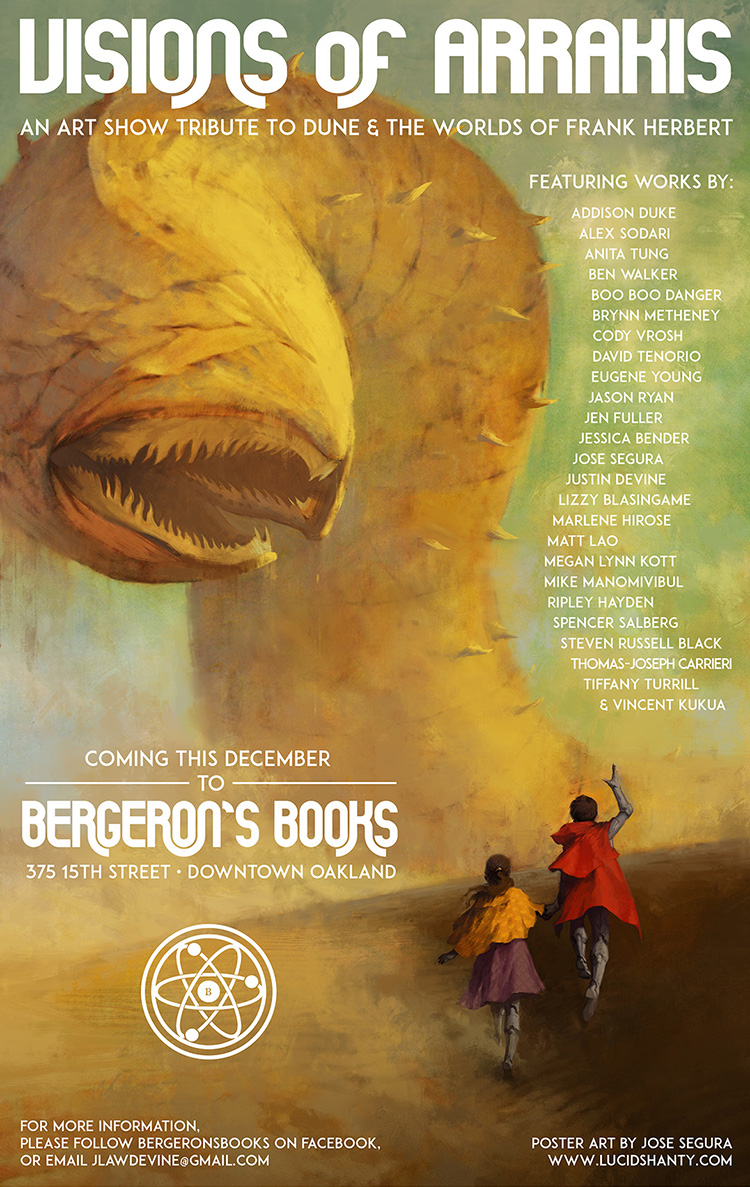 Visions of Arrakis is an upcoming art show tribute to the amazing characters, creatures, and worlds from Frank Herbert‘s sci-fi masterpiece Dune at Bergeron’s Books in Oakland, California. The show, which will feature original artwork created by over two dozen local artists, is scheduled to open on December 5, 2014 from 7 – 10 PM PST. Interested parties can RSVP for the event online via Facebook. 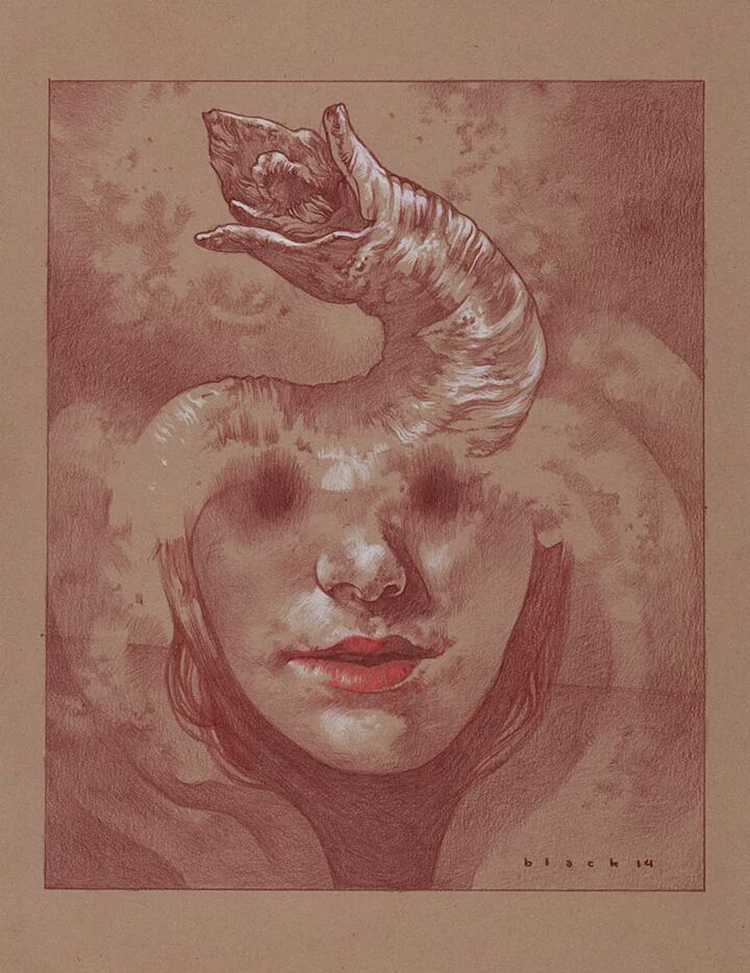 Second Sight of the Bene Gesserits by Steven Russell Black 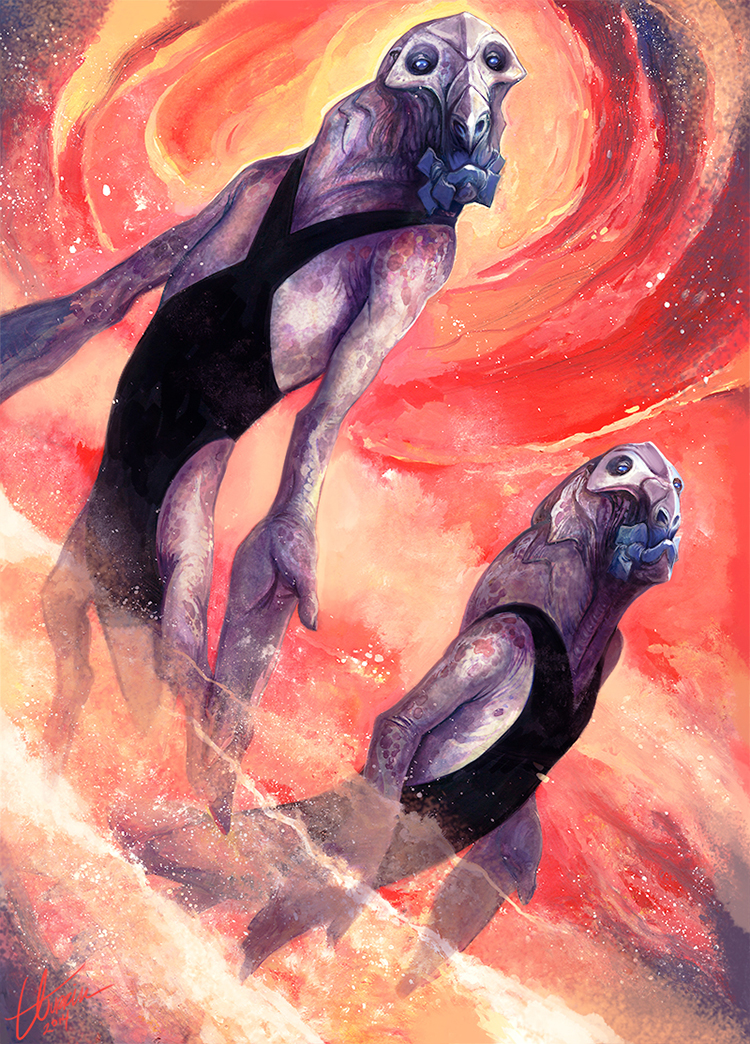