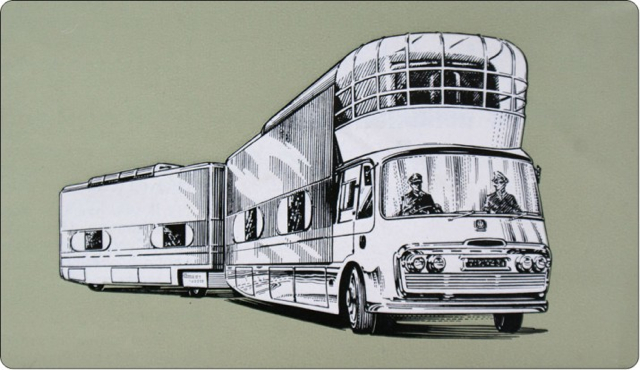 The Ministry of Technology built seven of these custom mobile cinema units in the late 1960s, to tour the country, promoting modern production techniques to British industry. The seven Bedfords were operated by PERA, or the Production Engineering Research Association. Films would be played within the cinema, with supporting displays shown in the trailer that accompanied the towing unit as they toured the nation’s factories.