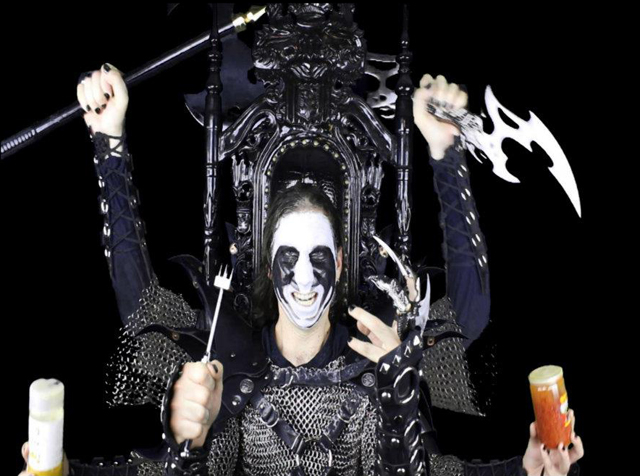 Brian Manowitz is a chef who whips up vegan dishes dressed in full metal-style costume on his cooking show, “Vegan Black Metal Chef.” The show is described as “a vegan cooking show like no other,” is set in a dungeon-like kitchen, and features custom heavy metal tracks to “guide you through making high quality, delicious vegan meals.” All of his videos can be found at his YouTube channel.

Packed with humor, music, and visual effects… This is the most fun way to learn vegan vegetarian cooking ever.