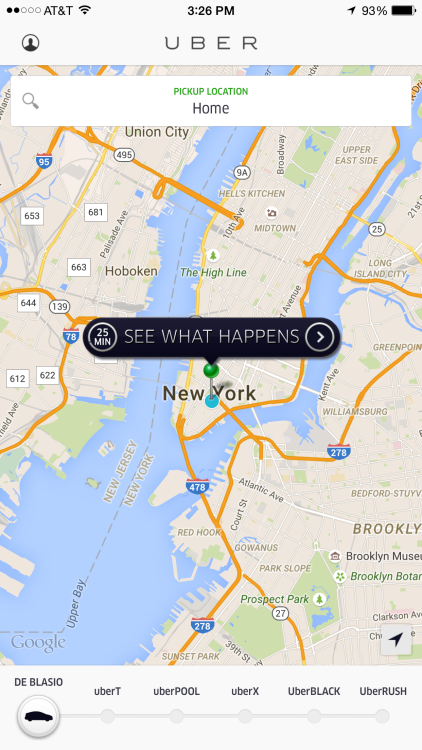 Uber has added a “de Blasio” tab to its app for users in New York City, named after NYC mayor Bill de Blasio. The change is meant to protest proposed legislation that could cap Uber’s growth in the city while a commission completes a study on traffic congestion in the city.

If users try to book a ride with the tab, they see extended wait times are met with a message about the bill and a link to email de Blasio about it. 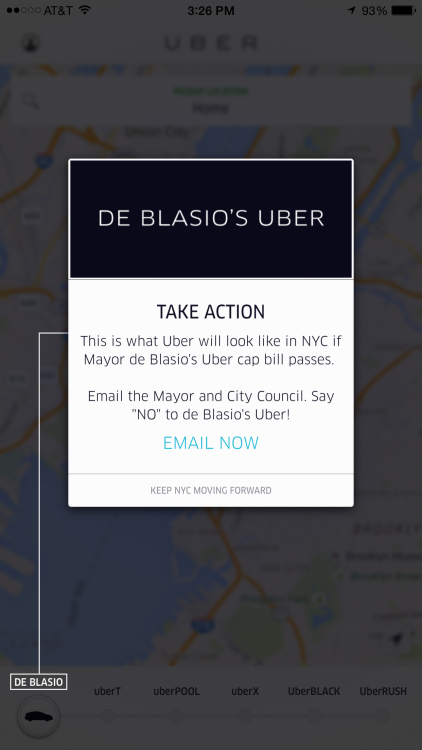 via The New York Times, Fusion