Funny cats and nice fish uploaded a video that shows two of the adorable Ninja Kittens watching a tennis match and getting very much into the whole situation.

Ninja Kittens (aka “Crouching Tiger”) studied martial arts, learned how to run, climb, stalk, attack, and now began preparations for the flight to Mars! In between workouts fluffy kittens are playing, trained in a ridiculous dance chorus and watching women tennis. 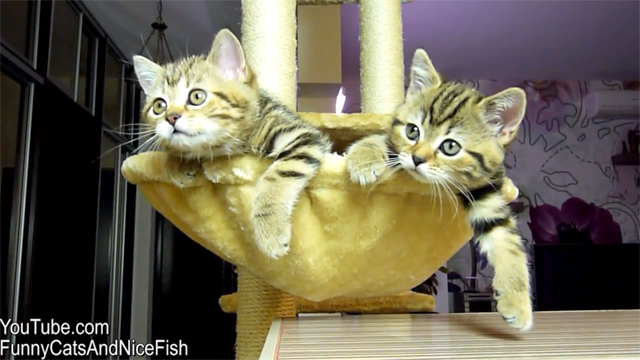 via Death and Taxes