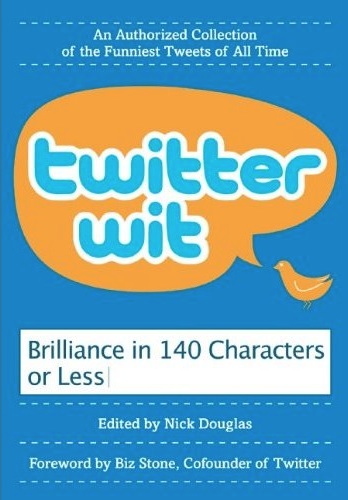 “Twitter Wit: Brilliance in 140 Characters or Less”, a new book by Nick Douglas featuring a collection of “the Funniest Tweets of All Time”, has just been published.

Twitter Wit is the first ever compilation of Twitter aphorisms and witticisms, celebrating a medium that has enabled millions of users to broadcast their lives and quips within Twitter’s 140-character limit, thus reinventing wordplay in the tradition of Dorothy Parker and Oscar Wilde. This collection includes hundreds of the most memorable and hilarious tweets to date, demonstrating that inside every moment is a joke waiting to be written.