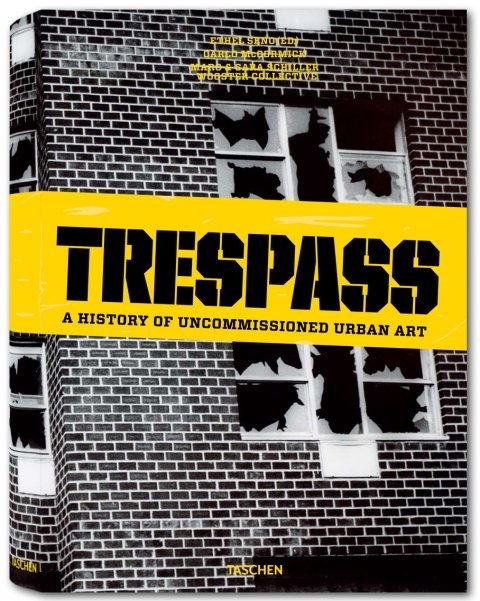 “Trespass: A History of Uncommissioned Urban Art” is a new TASCHEN book about the history of graffiti and unsanctioned art, written by Carlo McCormick of Paper Magazine, curated by Marc and Sara Schiller of Wooster Collective and edited by Ethel Seno that comes out in September and is now available for pre-order.