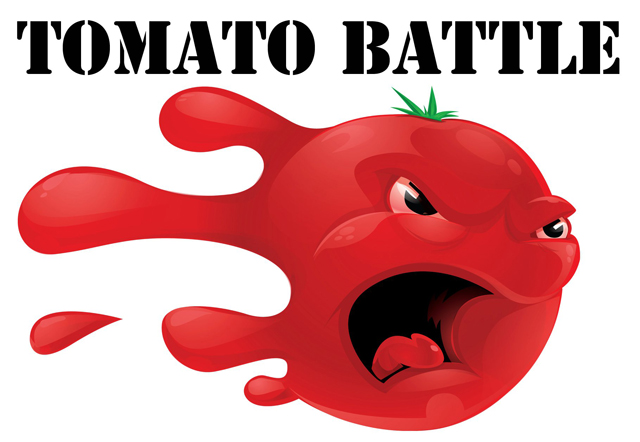 Tomato Battle is an annual multi-city event that promises beer, bands and a “fricking massive” tomato fight. The battles have been going on all summer long (images) and there is one more to end out their season. It happens September 29, 2012 from 12 PM to 7 PM at the Alameda County Fairgrounds in Pleasanton, California (Facebook event link). Tickets to the event are available now.

Here’s a description of Tomato Battle from the website’s FAQ:

The Tomato Battle unifies as many as 5,000 fruit-chucking fanatics for an afternoon of dancing to music, sipping libations, and flinging 300,000 pounds of roma tomatoes at one another. Mosh in a ketchup-covered fray that marries the traditions of Spain’s La Tomatina tomato-throwing festival and Germany’s Oktoberfest. Festivities commence at noon with registration and opening, followed by live entertainment and a costume contest. At 4:00 p.m., soldiers donning bathing suits, safety goggles, and well-treaded shoes converge on piles of past-ripe tomatoes and set about pelting people with fruits like sentient apple trees avenging the initial-carving of amorous teenagers. Beats and beer flow until past 7 p.m., when ruddy troops lay down their arms and rinse themselves clean of pulp and juice. An extra set of clothes is highly recommended.

All of the tomatoes used during the exhibition will have been previously marked for disposal, making the Tomato Battle an efficient and entertaining use of nonedible waste. Onward. 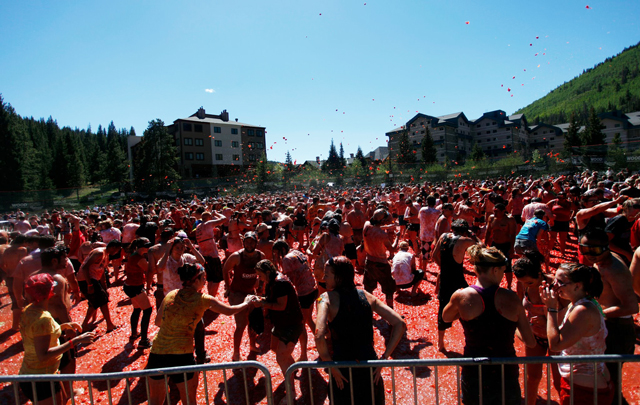