In his latest video, Tom Scott (previously) travels to Ai Pioppi, a restaurant about an hour north of Venice, Italy that features a small amusement park with a number of human-powered rides hand-built by the space’s owner, Bruno. Bruno taught himself how to weld some 40 years ago and has spent the intervening decades building an impressive collection of slightly terrifying steel amusements.

I’ll be honest: I sort of thought it was a myth. The idea of unattended, huge kinetic ride-on sculptures was surely false? There was some evidence: a very artfully shot documentary, and some shaky tourist footage, but I couldn’t quite believe that something this potentially dangerous could still exist. 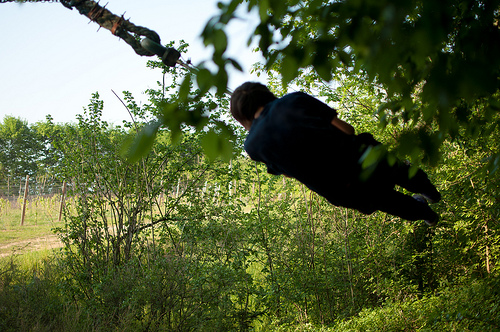 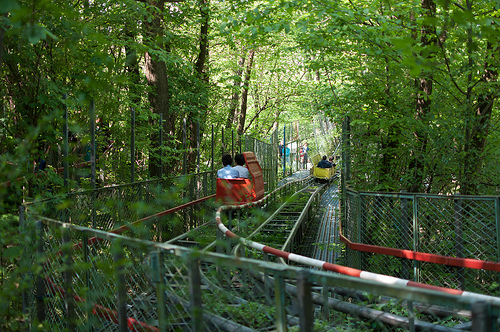 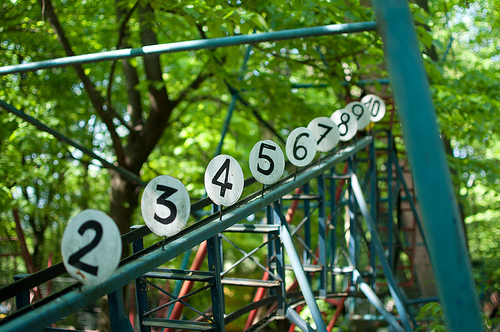 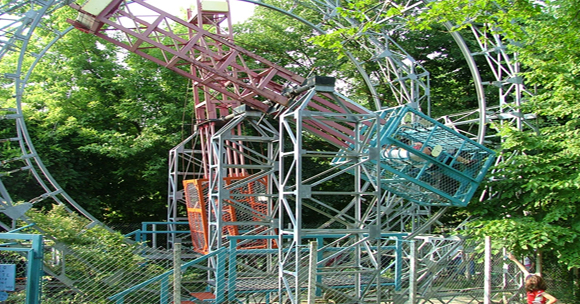 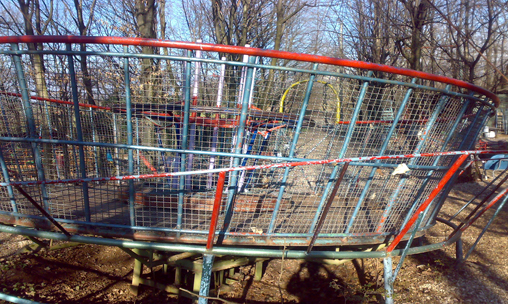