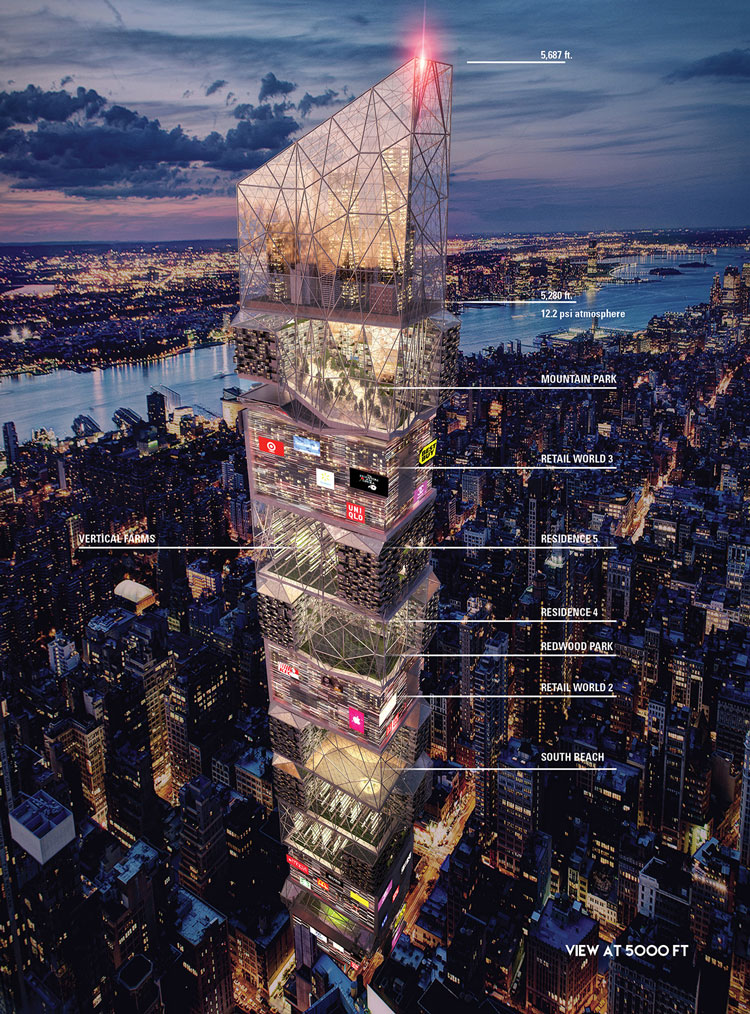 Times Squared 3015 is an architectural design concept for a self-contained city housed in a 5,687-foot tower on what is now Times Square in New York City. The vertical city contains a beach, stadium, and redwood forest, as well as more traditional retail and living spaces. Created by Blake Freitas, Grace Chen, and Alexi Kararavokiris, Times Squared 3015 earned an honorable mention in the 2015 Skyscraper Competition hosted by eVolo Magazine. 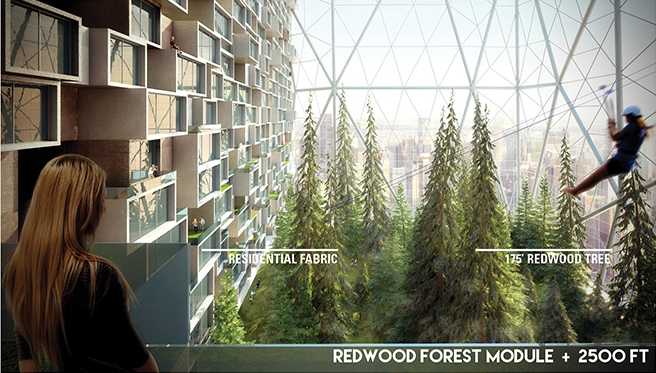 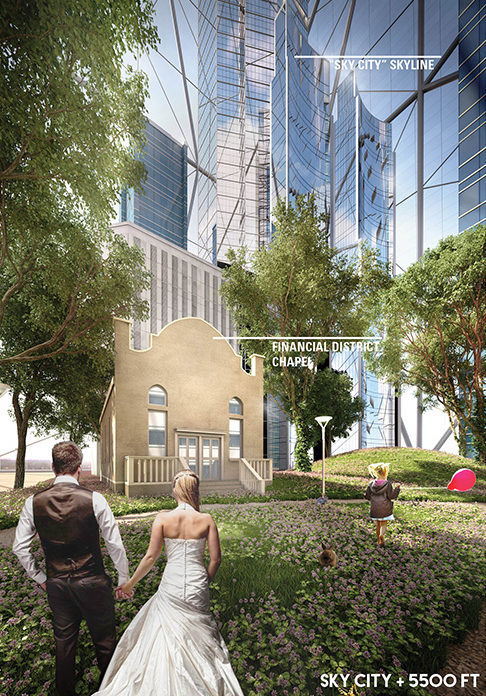 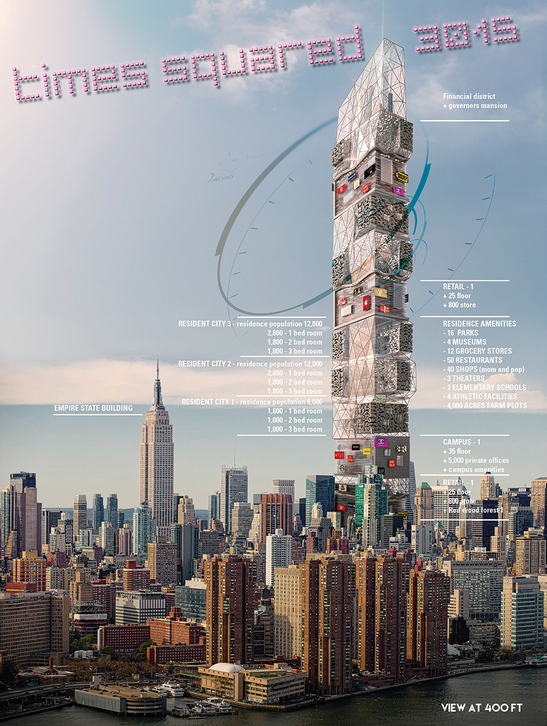