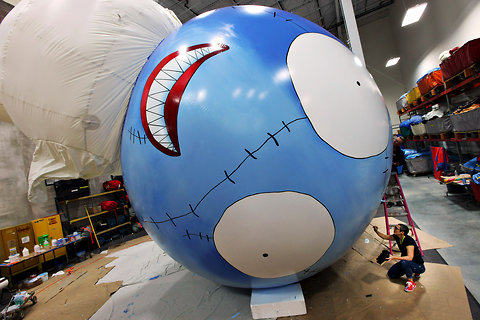 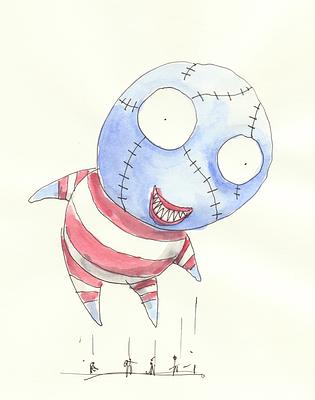 The New York Times Arts Beatblog is reporting that filmmaker Tim Burton has created a hot air balloon named B. Boy (B. for short) for the 2011 Macy’s Thanksgiving Day Parade in New York City. At 32-feet tall, B. Boy is the latest addition to the Blue Sky Gallery series of balloons for the parade.

According to an origin story dreamed up by Mr. Burton, B. was created, Frankenstein’s monster-style, from the leftover balloons used in children’s parties at the Great Ormond Street Hospital in London. Forbidden from playing with other children because of his jagged teeth and crazy-quilt stitching, B. retreated to a basement lair, where he obsesses over Albert Lamorisse’s film “The Red Balloon” and dreams that he, too, will be able to fly someday.

Tim Burton’s B. will debut on Thursday, November 24th in front of more than 3.5 million spectators lining the streets of Manhattan and another 50 million viewers nationwide.