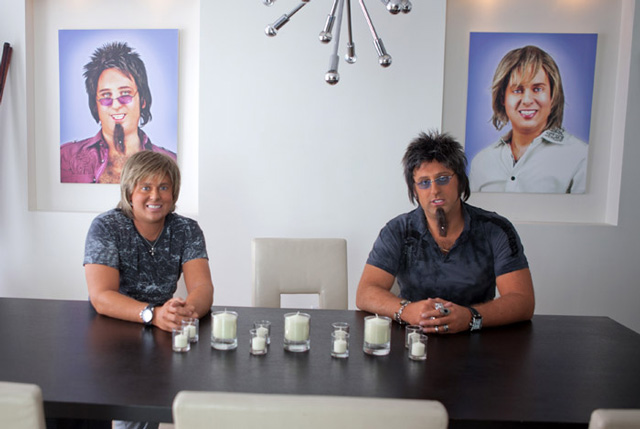 Tim and Eric’s Billion Dollar Movie is a new comedy feature film starring, written, produced and directed by Tim Heidecker and Eric Wareheim about “two Hollywood-tweaked morons who blow a billion dollars making a brief, lousy movie and have to find a way to pay back their investor.” The film is available now on demand and will be in theaters on March 2, 2012.

An all new feature film from the twisted minds of cult comedy heroes Tim Heidecker and Eric Wareheim (“Tim and Eric Awesome Show, Great Job”)! Tim and Eric are given a billion dollars to make a movie, but squander every dime… and the sinister Schlaaang corporation is pissed. Their lives at stake, the guys skip town in search of a way to pay the money back. When they happen upon a chance to rehabilitate a bankrupt mall full of vagrants, bizarre stores and a man-eating wolf that stalks the food court, they see dollar signs—a billion of them. Featuring cameos from Awesome Show regulars and some of the biggest names in comedy today!

Tim and Eric recently stopped by Good Day Austin, a television morning show in Austin, Texas. The interview is hilarious: 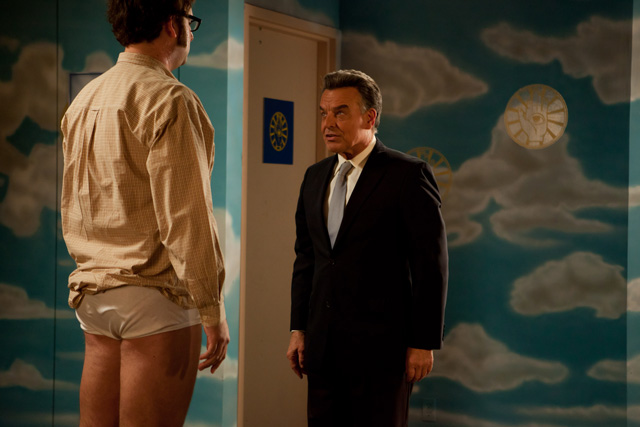