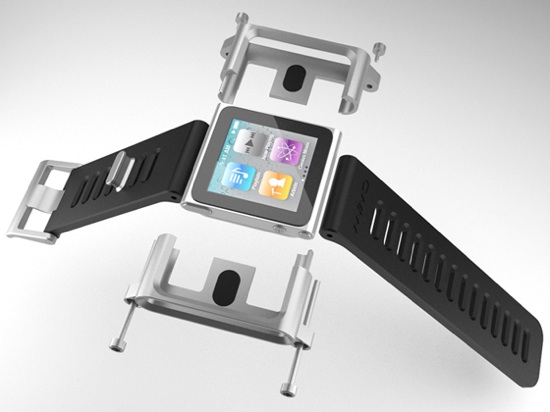 Scott Wilson of MNML launched a record setting Kickstarter project for TikTok and LunaTik, which will transforms an iPad Nano into a multi-touch watch. So far they have raised $786K and there are still two more days to back the project.

TikTok and LunaTik simply transform the iPod Nano into the world’s coolest multi-touch watches. The idea to use the Nano as a watch was an obvious one ever since the product was announced. But we wanted to create a collection that was well designed, engineered and manufactured from premium materials and that complemented the impeccable quality of Apple products. Not just clipped on a cheap strap as an afterthought. We wanted to create a product that your friends and strangers would stop you and ask “WTF is that??? And where can I get one?!”