The Yes Men Fix The World, a film by the activist/prankster duo Andy Bichlbaum and Mike Bonanno aka The Yes Men, has been released on DVD. 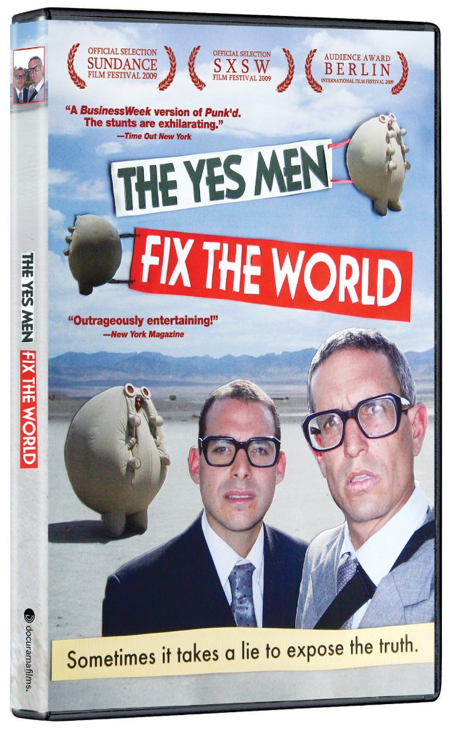 The Yes Men Fix The World is a screwball true story about two gonzo political activists who, posing as top executives of giant corporations, lie their way into big business conferences and pull off the world’s most outrageous pranks.

From New Orleans to India to New York City, armed with little more than cheap thrift-store suits, the Yes Men squeeze raucous comedy out of all the ways that corporate greed is destroying the planet.

Brüno meets Michael Moore in this gut-busting wake-up call that proves a little imagination can go a long way towards vanquishing the Cult of Greed.

Who knew fixing the world could be so much fun?