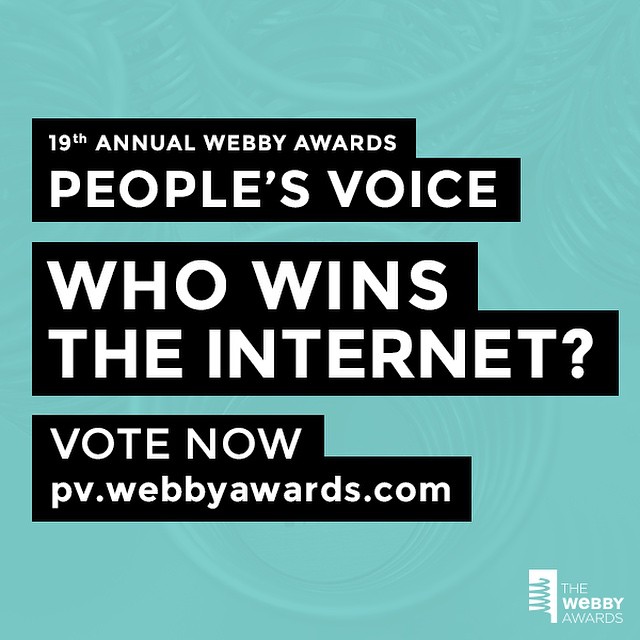 The Webby Awards have announced the nominees for their 19th annual award ceremony. The organization behind the Webbys has also opened up the voting for the People’s Voice award. Voting for the awards is open through April 24, 2015, and the winners will be announced on April 27, 2015.

The 19th Annual Webby Awards will be hosted by comedian Hannibal Buress on May 18, 2015.

image via The Webby Awards