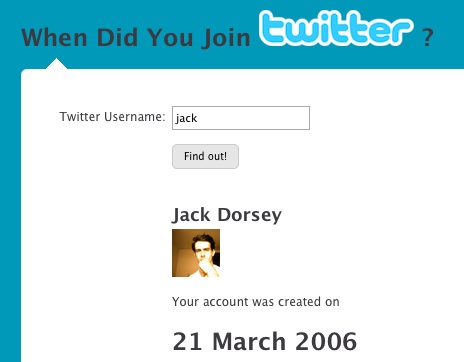 According to When Did You Join Twitter? the Twitter epoch is March 21st, 2006, the date that founders @jack, @ev and @biz all first created their accounts.

Back then it was called Twttr until September 2006 when they added in the vowels.