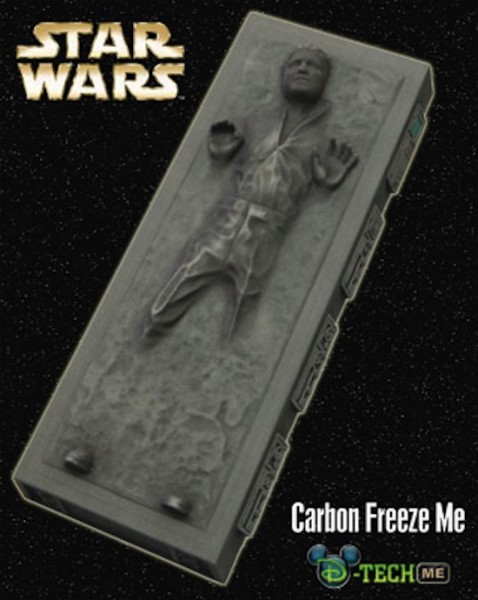 Starting May 18, 2012, visitors to the Star Wars Weekends at Disney’s Hollywood Studios (located at Walt Disney World) can step into the “Carbon Freezing Chamber” and have an 8-inch figurine created of themselves “frozen in carbonite.” The figurine is comprised of a 3D scan of the visitor’s face and the body of Han Solo. According to Star Wars News, the Carbon Freeze Me experience allows guests to the theme park to “relive the famous carbon freezing scene from The Empire Strikes Back.” The 2012 Star Wars Weekends are every Friday, Saturday and Sunday from May 18 to June 10, 2012.

Using state-of-the-art imaging technology, this experience casts your likeness as a three-dimensional, eight-inch figurine. At the “Carbon Freezing Chamber” (located adjacent to The American Idol Experience), several cameras will capture multiple angles of your face. The images are then reconstructed in a computer for processing, and, in approximately four weeks, the completed figurine is shipped directly to your house.

…The replica figurine can be hung on a wall, just like the gangster Jabba the Hutt did in Return of the Jedi. Guests also receive a light-up wristband. 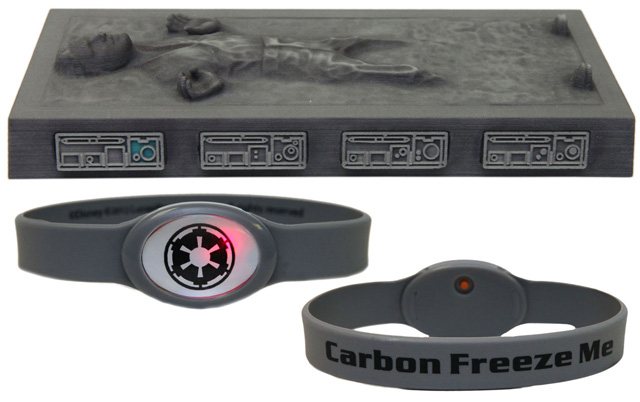 via Inside the Magic

images via Star Wars News and Inside the Magic