The SpongeBob Movie: Sponge Out of Water is an upcoming live-action and animated comedy film based on the Nickelodeon television series SpongeBob SquarePants, and a sequel to the 2004 animated film The SpongeBob SquarePants Movie. Directed by the television show’s executive producer and writer Paul Tibbitt, the film follows SpongeBob and his pals as they travel to the real world to recover a special bit of paper that was taken by a live-action pirate. The SpongeBob Movie: Sponge Out of Water is scheduled to release in theaters on February 6th, 2015.

SpongeBob and his friends need to go on a quest to discover a stolen recipe that takes them to the real world, where they tangle with a pirate who possesses the recipe along with a book that could change things when written in it. In order to get back the recipe, the gang steal the book and SpongeBob transforms into a superhero named Invincibubble (while Patrick becomes Mr. Superawsomeness, Sandy becomes a real-life squirrel, Mr. Krabs becomes the Iron Man-like Sir Pinch-a-lot, Plankton becomes a yet unknown Hulk-like superhero, and Squidward becomes Sour Note). 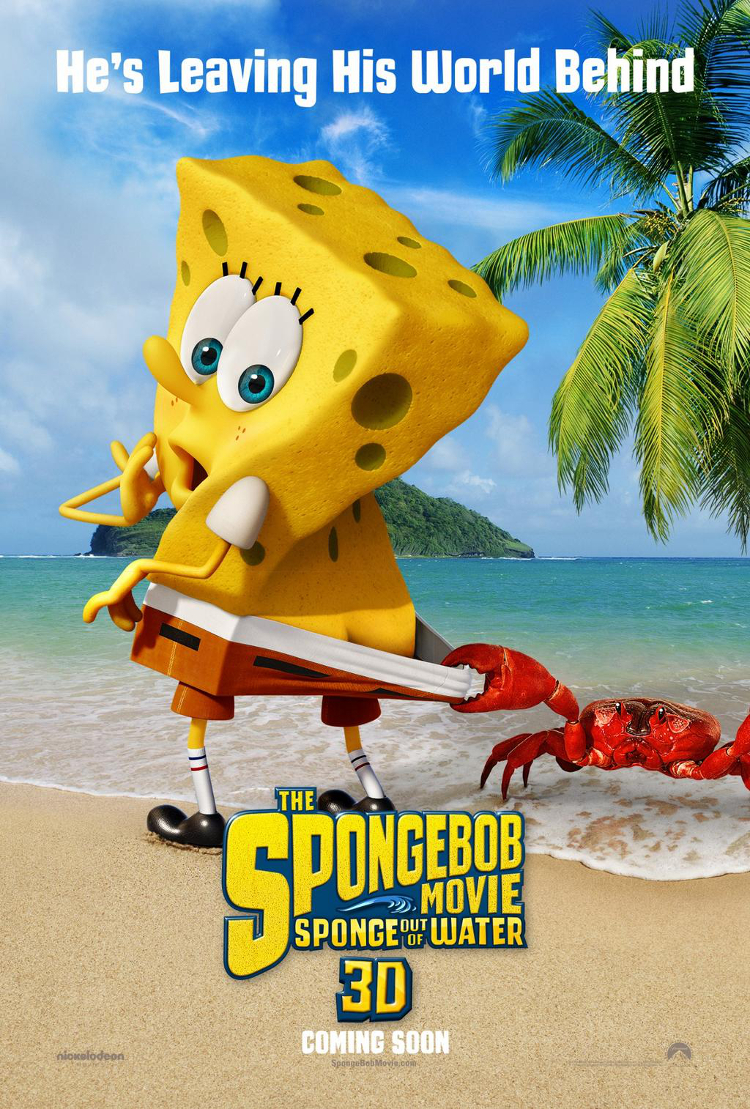