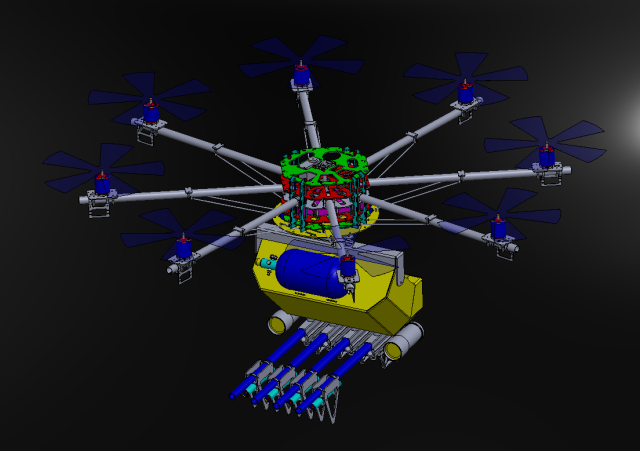 The Skunk is an octocopter aerial drone for riot control that is equipped with on-board speakers, “blinding lasers,” and four paintball guns. Each of the drone’s paintball guns can shoot 20 paintballs per second, allowing the drone to carpet an area with up to 80 paintballs per second from its 4,000-ball hopper. The drone can be equipped with a variety of ammunition including dye marker, pepper spray, or solid plastic balls. The Skunk is built by South African company Desert Wolf primarily for mine operators in Africa. 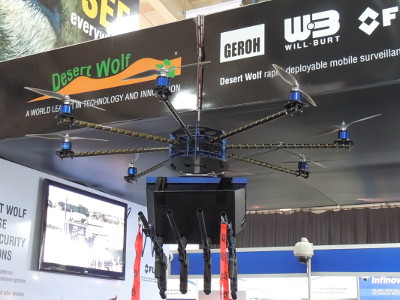