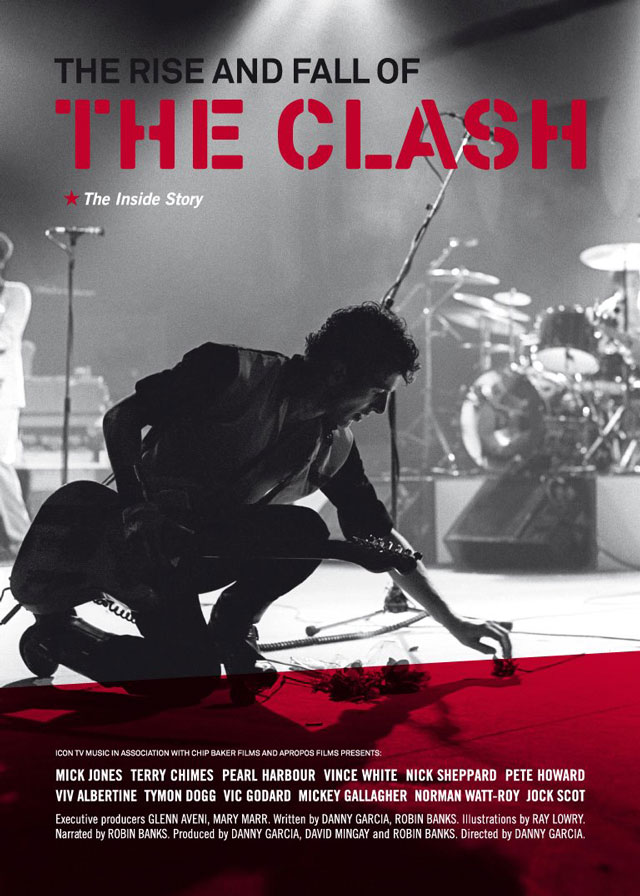 The Rise and Fall of The Clash is an upcoming documentary about the influential and short-lived British punk rock band, The Clash (trailer). The film includes previously unseen footage as well as interviews with band members and associates. It is directed by Danny Garcia.

Made for release on DVD and to selected TV networks worldwide, The Rise And Fall Of The Clash features previously unseen footage of the band at work and at play, interviews with the individual band members and with those who knew them well, and traces the downward trajectory of a band who were at one point “the biggest band in the world”.
This is not a film that pulls any punches, but neither does it overlook the life-changing effect that The Clash brought to so many. Over 90 minutes it paints the fascinating inside story of rival, treachery and betrayal, and the internal band dynamics and managerial interferance that ultimately led The Clash to self-destruct.