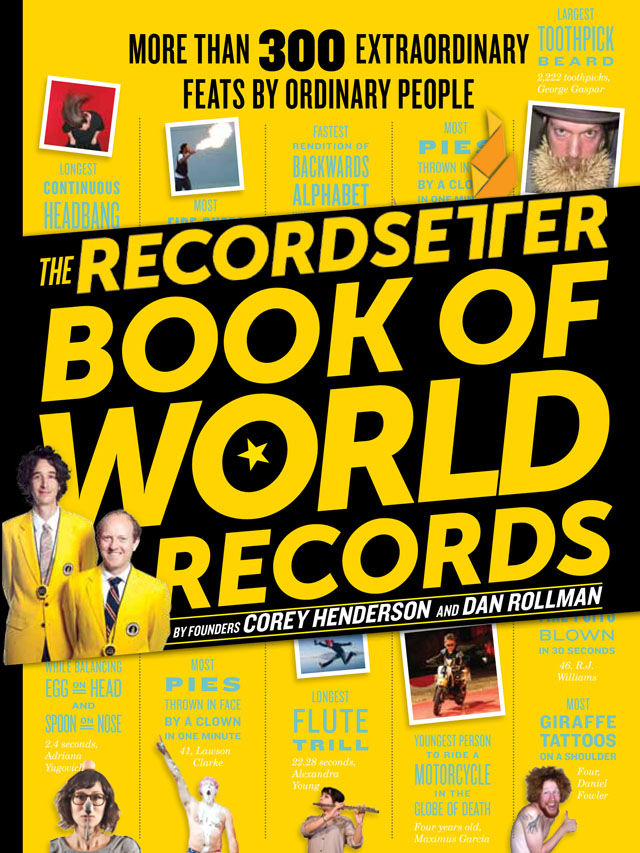 RecordSetter, the user generated world record database, is releasing The RecordSetter Book of World Records, which will feature 300 world records set by ordinary people. The book was written by RecordSetter cofounders Dan Rollman and Corey Henderson and will go on sale November 10.

Capturing all the exuberance, energy, and extraordinary human achievements found at RecordSetter, the new home of world records, this official RecordSetter world record book celebrates over 300 of the longest, loudest, slowest, weirdest, coolest, and most difficult-to-break records ever set. Best of all, if you get inspired, you’ll get tips and wisdom on how to set a world record of your own.

To find out more about RecordSetter, see their video introduction.